Posted on 5 February 2011 by Posted in Miscellaneous

Sadly, not an iconic deep level structure, but the former Shoreditch station that used to be the terminus for the East London Line before the line was diverted as part of the Overground extension works. Frankly, it’s a bit of a shed and not that interesting – but nonetheless, a chance to own a disused tube station is pretty unique.

It is being sold off by auction and has a comparatively low reserve price of £180,000 – probably as it straddles the former railway line, so access rights/leases will have to reflect the legal issues of not owning the land under the building.

However, a thought occurs….

You may be familiar with the rather famous address of 23 & 24 Leinster Gardens. Nope?

When the original sub-surface railway was built, to allow the steam to escape from the trains, quite a lot of the “underground” was actually exposed to the air, including a stretch next to a rather posh street in Bayswater. To hide this gaping wound in the ground, a fake façade was built across the railway tracks to replace the building that was demolished. 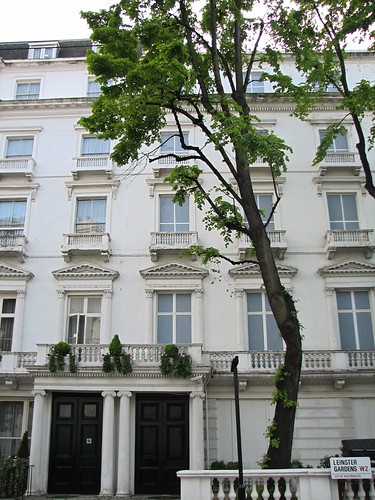 Compare the windows to identify the fake building

It had often struck me that if someone were able to put a concrete raft over the railway behind that façade, they could build two luxury houses on the spot – but understandably, London Underground is going to be wary of building works over an important part of its network. The financial penalties for the builders if the works ran late one night and delayed trains the next morning would probably bankrupt them.

Even if it were possible, I doubt the neighbours would be too keen on noisy building works at 2am either. 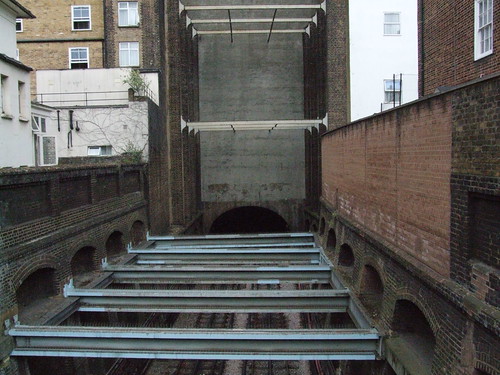 If only the railway could be closed for a few weeks to allow the works to be carried out safely and during the daytime.

What’s that you say – they are closing the railway? Why yes, as I suddenly remembered this morning that very section of railway track is being closed over a four week period this summer.

What an ideal time to put in the necessary and then sort out the building on top a bit later.

Bearing in mind that just one 3 bedroom flat on the 2nd floor of a similar building on the same street sells for £3.5 million, you can possibly appreciate how much two entire 5-story buildings can sell for.

a) If you are the property department at TfL – here is a chance to put a concrete raft over the tracks and then sell off the leasehold above to a builder.

b) If you are a builder looking for “land” to build on, here is some prime estate in a desirable location.

c) Please both of you remember me when looking at the big pot of cash you are about to make. I’ll appreciate the commission 😉