Published 23 October 2010 by By Ian Mansfield Events and Tours

This is Senate House – the administrative block of the University of London – famous in part for its modernist style and the sheer bulk of the main tower. 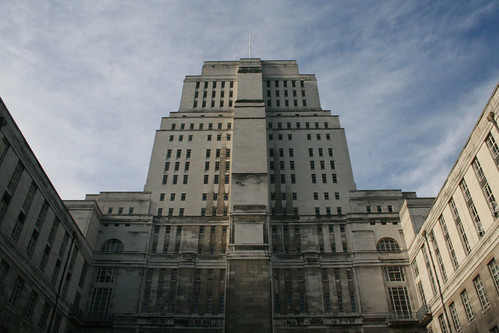 And this is the view from the top of that 19 story tower.

As part of the Bloomsbury Festival, a guided tour was on offer of the “secrets” of the tower. As it happened, very few secrets were on offer, and not explicitly offered – yet hoped for – was a chance to go to the very top of the building. Chances to get to the top are very rare indeed, and even the person taking us around had never been up there until he decided to arrange the tour.

I wont recount the history of the building, as that is amply told elsewhere, and summary is available on this Wikipedia page.

Apart from the architecture, probably the most famous thing about the building is that it was reputed to be the planned headquarters for Hitler following the invasion of Britain. Whatever happened to that idea?

As it happens, I doubt he could have used the building as it is actually not that suitable for a headquarters – being a few grand rooms, the library between floors 4-7 and then the rest of the tower is actually used as storage for the library books.

After an introduction in the main double height foyer and a stop to look at some models of the university, including the original, never completed huge structure and a “grand hall” that couldn’t be built due to lack of funds – then on to a meeting room which sits in the center of the Senate House tower and offers a suitable idea of the internal dimensions of the building. Sadly, an apparently very impressive huge map of London was covered up for protection as they are carrying out restoration work. Boo! 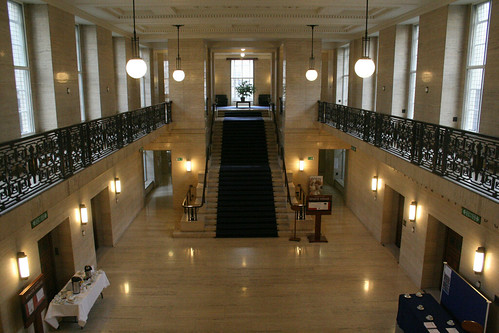 Around the side of the buildings is a very impressive meeting room, which also gives its name to the tower, being the Senate room for the meetings of the University chiefs. The room often doubles up as a court room for TV shows as it does retain slightly that sort of atmosphere. 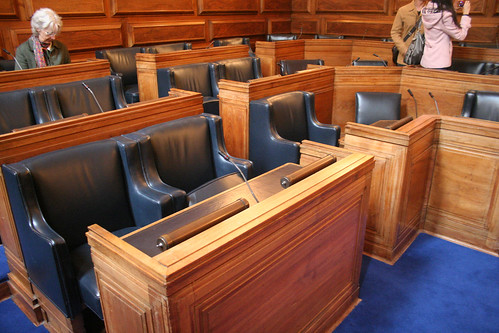 On the third floor originally were the restaurants and dining rooms, of which we saw one, which is very notable for the ceiling.

Six rooms were decorated by student artists from the city’s art colleges following a competition – but only this one room survives. The rest were lost through wear and tear or being put in damp areas. This ceiling only itself survived thanks to a 1960s suspended ceiling covering it up. When that was taken down, the restoration deliberately left the holes in the ceiling exposed as part of the history of the building. 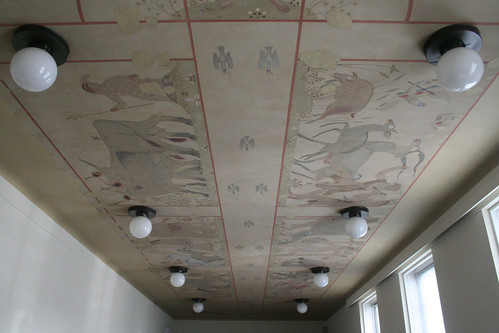 The architect of the building, Charles Holden hated the colour blue and was furious when the painting appeared to include that colour. The artists had been clever though, and what appears to be blue is actually grey – it is an optical illusion caused by the use of the brown background – so he couldn’t get it removed!

Up another floor to the libraries, which were in use, so very quiet please and just have a quick peek then get out. 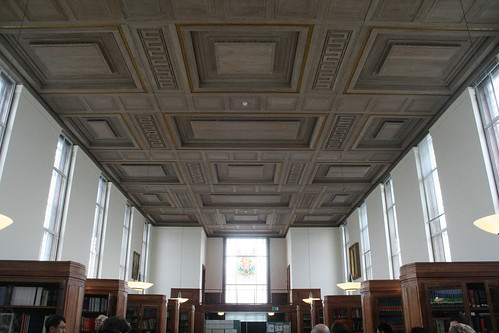 Now, the good bit – and round the back of a librarian’s desk is a tiny corridor and the very municipal staff-only lift which can take just a few people at a time. Whizzing up to the 18th floor, then around some more corridors and a few flights of stairs, and up to the elusive roof area.

Although rare to go up there now, it was once a very busy place, as it was used by the Royal Observer Corps during WW2 as a lookout point for enemy planes. 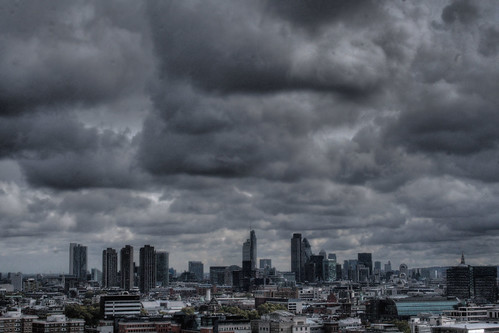 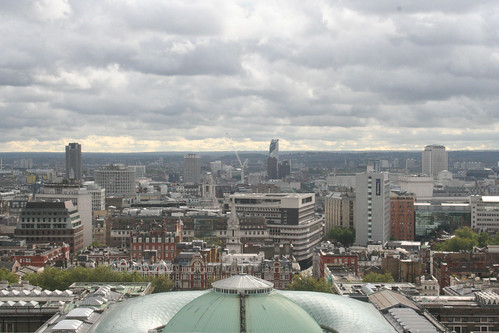 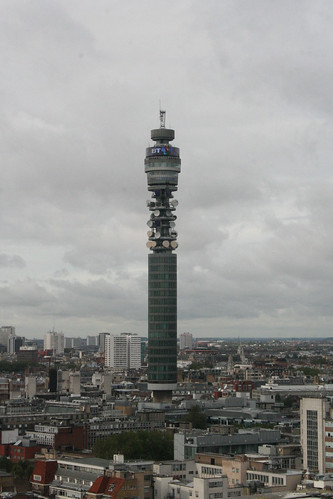 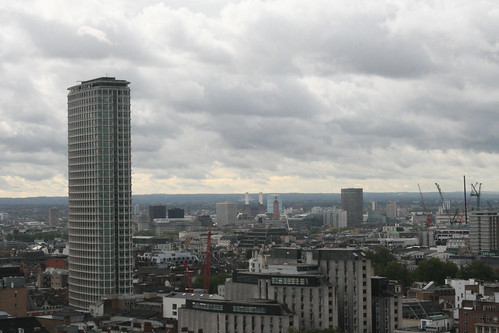 Many thanks to the staff of the university for taking us around the building this morning, and to the weather gods for not raining when we got to the top.