Visiting the Supreme Court of the United Kingdom

Posted on 22 September 2010 by Posted in Events and Tours

As part of the Open House London weekend, one of my pre-booked tours included a visit to the newish Supreme Court building in Westminster. Not the first time I have been in the building, as I have been in once before to sit in on a court case for a couple of hours – out of curiosity – but at the weekend, we were offered a tour of the whole building by one of the architects who assisted in its recent conversion.

The site of the court has been linked to the legal system for probably around 800 years, with various buildings on the site over time. However, the current incumbent building, despite its Gothic decoration is actually less than a hundred years old. 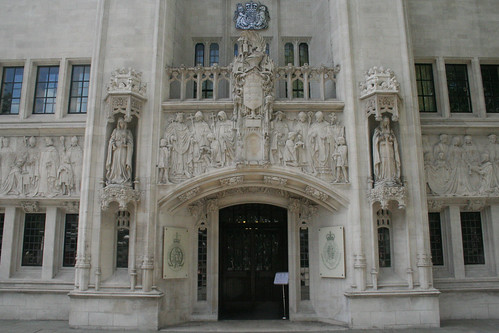 When the Constitutional Reform Act 2005 was passed – to kick the Law Lords out of Parliament and into their own building – the act therefore called for said building to be acquired. Various proposals were considered, but eventually they settled on the former Middlesex Guildhall building that sat conveniently close to Parliament.

I am not a purist in terms of historic buildings and don’t really approve of the idea common amongst some heritage bodies that a building must remain untouched by modern decoration, even if that means the result in an unusable antique that no one wants to live in/use as offices.

Anyway, going in and passing through security – with a slight scare over my door keys triggering the “OMG HE’S GOT A WEAPON” alert, what the visitor is presented with is a nice modernish foyer with a glass double-door decorated, as it turned out, with a replica of the Magna Carta. These doors conceal the private library that is only available to the Judges, or on request other lawyers.

Heading right to the top of the building by means of a Gothic staircase brings you to a waiting room which is almost Jacobean in style. The building is actually made from steel girders and stone cladding, but the floors creak in a manner that is comfortably reminiscent of a wooden building that is indeed Jacobean in origin. 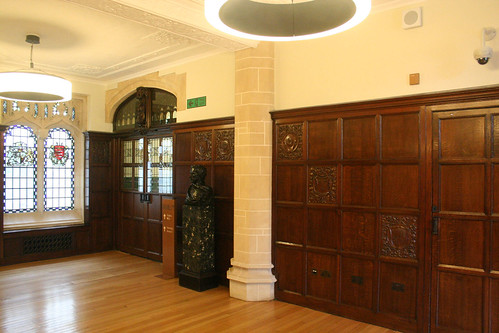 Double doors take you into Court Number 1, which is the biggest and most decorative of the courts. Formerly the Middlesex council chamber, the room is largely untouched save orienteering of the replacement furniture to face West rather than North. 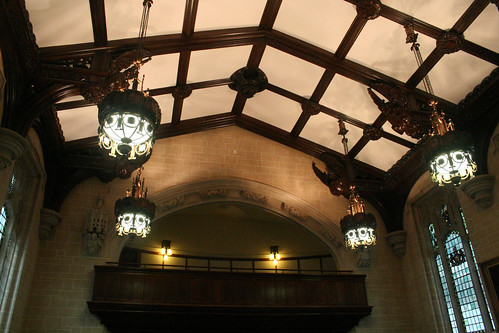 Down one flight of stairs and into a modern court room. It was felt necessary to have a modern Court as well as the Gothic rooms for some cases – specifically corporate law. Throughout the building, the carpet is decorated with the four symbols of the countries that make up the UK – and in this Court are some huge curtains with stunning embroidery on them. 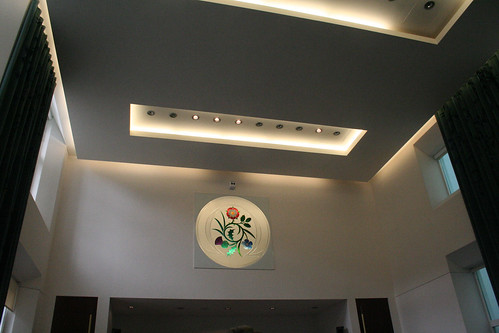 Along a corridor to point out that the new court has something the Law Lords never really had – private rooms for the lawyers to use before presenting their case – and down some more municipal stairs to the third Court.

This is also Gothic in style and has lovely glass that while modern, is made in the Norman style so has lots of imperfections and stains that add to the appeal. The coats of arms are just a random selection by the architects as the original client didn’t submit a decision in time. 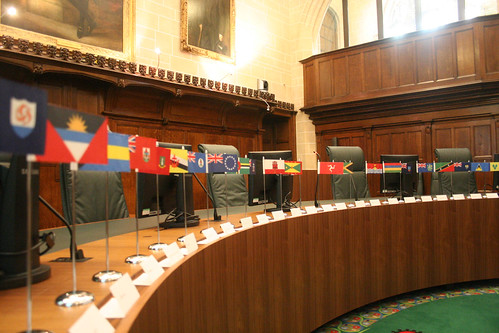 A talk about the security of the building. The courts are open to the public and anyone can visit for any reason – including idle curiosity. However, the buildings needed to be protected against bomb damage – and rather than covering the stained glass in blast proof glass, they took an alternative route. The exterior windows generally have a corridor inside some of them, and an inner wall was built, which is itself blast-proof. There are also two light wells running inside the building from basement to roof – and by covering the top with blast-proof glass, they managed to not only turn the light wells into usable space, but also avoided having to protect the interior glass work.

Now back down to the library, which as mentioned is usually private, but we were allowed in for a look. The stunning ceiling looks stone, but is actually made from plaster. A stone ceiling of that width would be almost impossible to make. 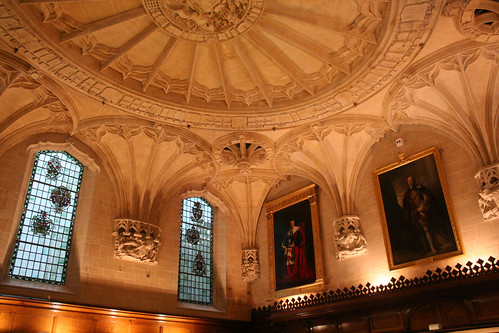 An amusing note as we found batches of tabloid (and broadsheet) newspapers stacked up next to the weighty legal tomes.

Finally, down a very narrow staircase to the basement, and there is a public exhibition space about the court, a cafe and the now mandatory selection of tourist collectables. 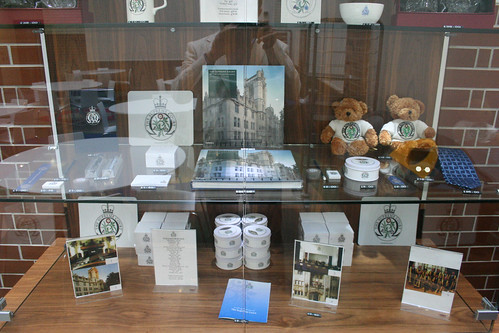 Oh, and the toilets are down here as well. If you don’t mind the security check, you probably could go into the building just to use the loos, as they are free – unlike the other toilets in the area.