Published 29 August 2010 by By Ian Mansfield Events and Tours

Although there were Routemasters taking people from central London to the area, I decided to take a ride from Edgware to the RAF Museum in a single-decker bus.

Once at Edgware, there was a little difficulty in finding a local bus stop map to locate “Stop A” where the bus would pick us up from though – and I could see quite a few other people wandering around with event guides and looking a bit lost.

Incidentally, another reason not to trust the bus maps is that someone decided to put up a map of local shops selling bus tickets – but evidently didn’t understand that Edgware Station in Edgware is not at all close to Edgware Road Station in central London. 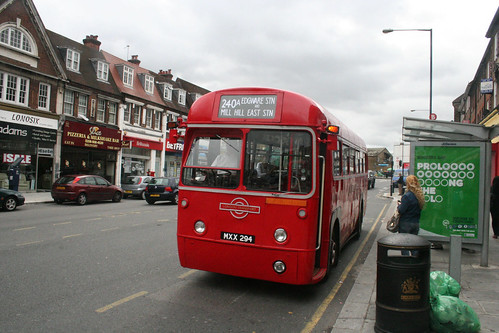 Anyhow, two vintage buses arrived one after the other, and after one person tried to get on thinking it was a normal bus, the rest of us were able to embark for a more interesting trip to the museum.

Like all bad school kids, I chose to sit at the back of the bus. 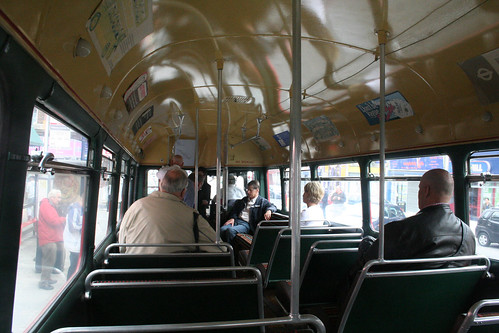 Fortunately, this was a swift route without the tedious stopping every few minutes at bus stops and we made our way over to the RAF Museum which was acting as the hub for most of the bus routes.

Another nice change was the lack of smell of McDonalds or the sound of mobile phones being used as portable jukeboxes by idiots who think everyone shares their taste in music. The seats were also spotlessly clean.

However, as with many vintage events, the greatest pleasure comes from sitting on the bus (or train etc) and seeing the looks of surprise in the bystanders. This time it seemed that the children delivered the greatest smiles along the route, although the occasional adult seemed to realise bus was a bit different and looked up in surprise.

I really should try saving the pennies for a trip on one of the steam trains that travel around London and see if that has the same “bystander effect”. 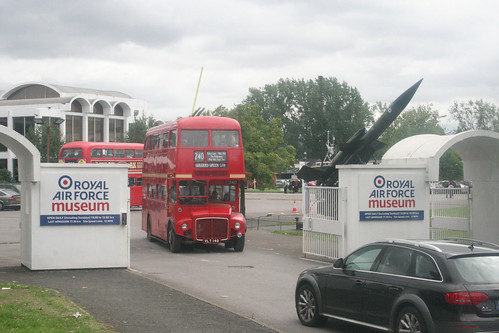 At the RAF Museum, the buses were turning around their routes and some were stopping for a while as the drivers nipped off to use the loo and drink coffee. 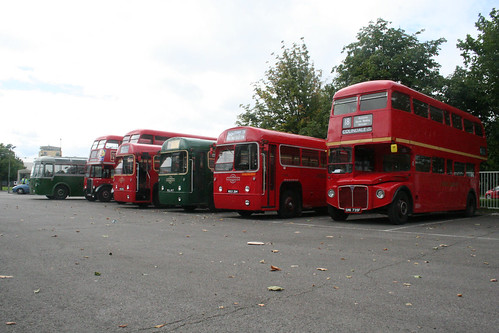 The day was organised by Red-RF, who seem to do these events every few years. 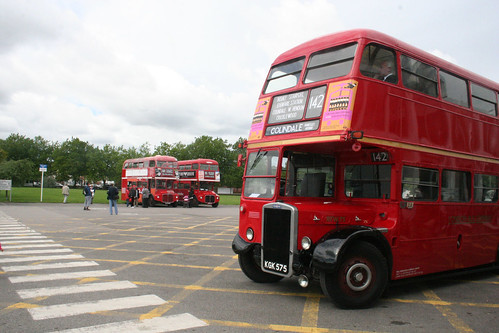