This coming Sunday, the second phase of the East London Line conversion to being part of the London Overground will be completed as trains will cease to stop at New Cross Gate and will instead run down to West Croydon.

TfL are extremely excited and will be offering 10,000 free tickets to early travellers as an incentive to try out the sexy new trains on old train tracks. The boss will also be around at West Croydon at 10am to smile for the media.

Thinking this is the marking of the beginning of a new era of London Overground travel, I received the weekly weekend disruptions email this morning and the list of cancellations to the London Overground is surprisingly rich for such an auspicious date.

Indeed, it looked at first glance, as if most of the Overground was being closed down – maybe they need the staff to cover the opening weekend down to Croydon?

A few mock-up maps of the network – all based on TfL maps, which obviously are their copyright (blah,blah,blah).

Despite my slight whinge, I will be on an early train this coming Sunday, although thanks to the aforementioned engineering works, I doubt I will make it all the way up to Dalston Junction and will probably hop on at Canada Water. Such laziness! 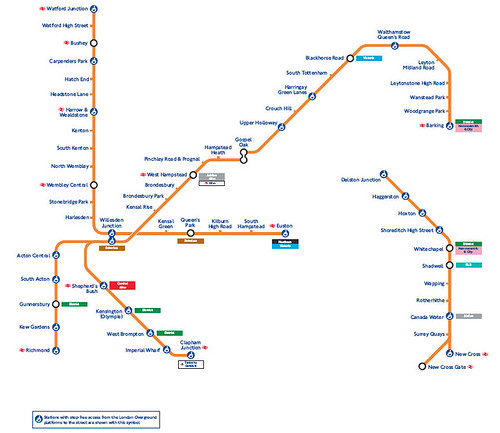 What you would THINK the network will look like on Sunday
Ohh! There’s a shiny new bit at the bottom of the map. 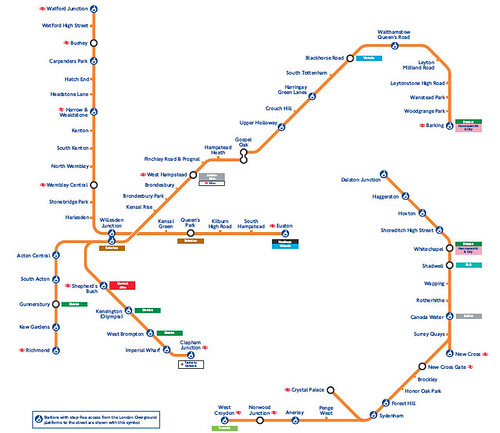 What the network ACTUALLY looks like on Sunday
OK, new bit at the bottom is still there, but what happened to the rest? 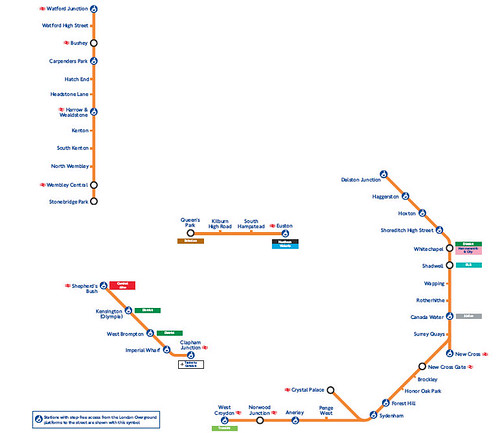 Oh, before you get too depressed – this is the network in its full glory from next month 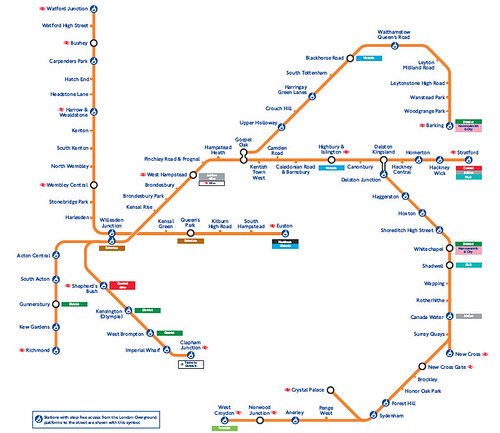 3 comments on “London Overground Service to Shrink on Sunday”