This lunchtime, an ancient pageant to celebrate St George’s Day was renewed as St George was paraded on horseback through the streets of London, coming to a rest for a short while outside the front of St Paul’s Cathedral.

This was in fact the first time the parade had been carried out within the City of London since 1585 – exactly 425 years ago. Quite why the pageant didn’t occur in 1586 seems to be unclear, although considering the fraught religious situation at the time, I would hazard a guess that the festivities might have been a bit too Popish for the Protestant citizens.

Certainly, in pre-dissolution England, the day was considered to be as significant an event as Christmas – so a lingering concern about a major “Catholic” festival could have been problematic.

The renewal of the parade this year though was ostensibly an opportunity for people to wander around the crowd rattling buckets to raise money for army veterans in need of medical care – which I consider to be a pretty good reason for a parade.

On this occasion he was escorted by the Band of The Parachute Regiment, the Regimental Colour party, Pegasus the Regimental Mascot, and soldiers and armoured combat vehicles. St George himself was mounted on horseback with the King and his daughter following, and the lamb led by a maiden.

Not much more to say – other than to look at some photos I took. 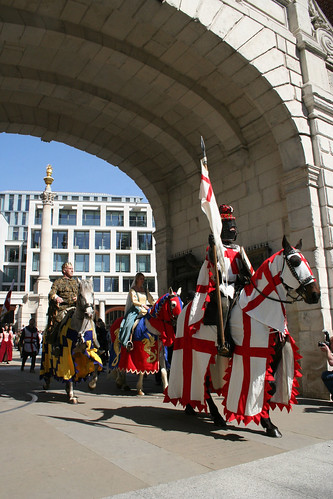 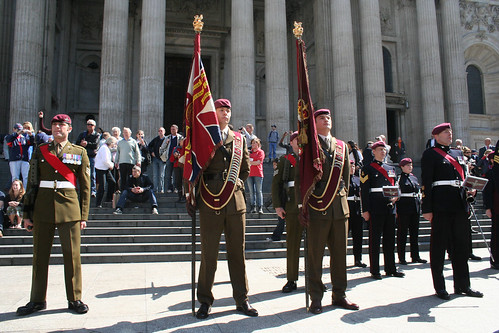 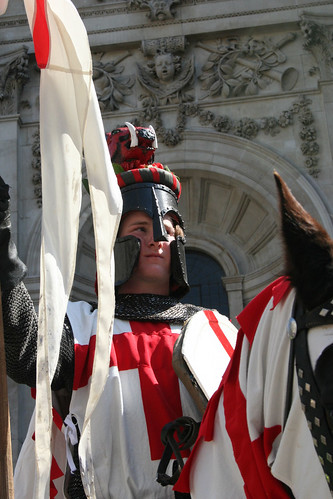 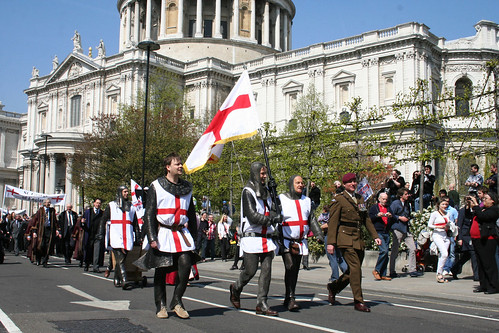 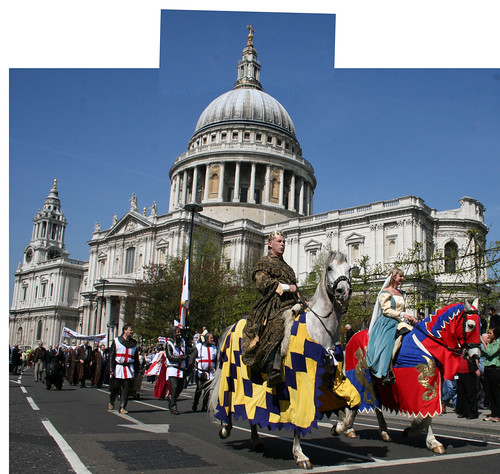