Posted on 28 November 2009 by Posted in Transport News

This lunchtime, a visually distinctive steam train charged through North London on a trip down to Kings Cross. The Sir Nigel Gresley is not only visually noticeable, but it also holds the speed record for a post-war steam train. Unlike the older “boilers on wheels”, this train is beautifully streamlined and sleek in appearance.

Hence, worth watching out for!

I wandered up to Alexandria Palace station to watch the train pass through, but not only did my camera jam at a most infuriating time, but also the train charged through the platform at a speed that would put an intercity train to shame.

Taking photos at intermediate stations has the advantage of few crowds, even if you only get to see the train for a few seconds.

Here the platforms were packed full of trainspotters who expected the train to arrive – and normal train passengers gasping in delight at the sight of the magnificent beast in the station.

The Class A4 is a class of streamlined 4-6-2 steam locomotive, designed by Nigel Gresley for the London and North Eastern Railway in 1935. Their streamlined design gave them high-speed capability as well as making them instantly recognizable, and one of the class, The Mallard, still holds the record as the fastest steam locomotive in the world. They remained in service until the early 1960s when they were replaced by diesel locomotives. 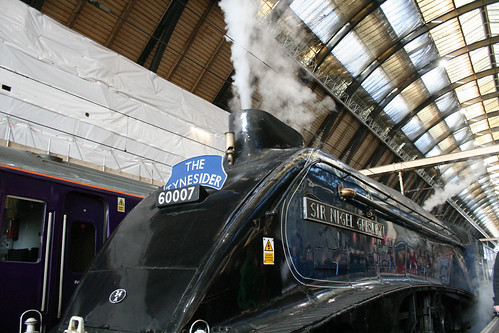 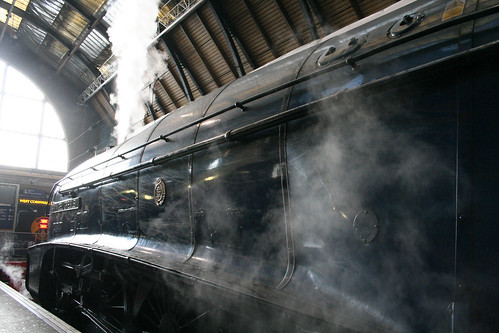 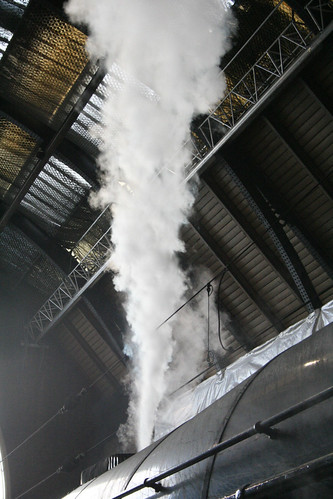 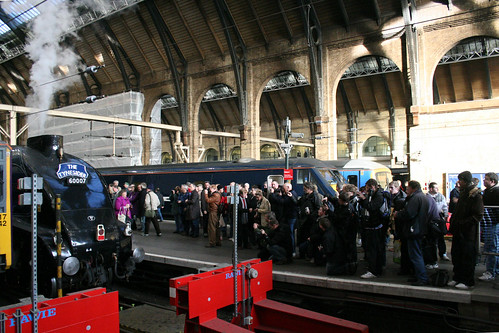