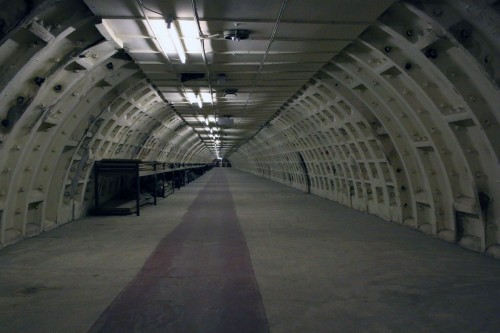 The bunker, at Clapham South is one of eight that were dug during WW2 to offer shelter to civilians during the Blitz on London. There is a large surface building near the tube station, known locally as the “rotunda”, which provides access down into the bunker.

Following an application from TfL, Lambeth Council has approved plans to turn a park-side rotunda building into a new restaurant or café with exhibition space. 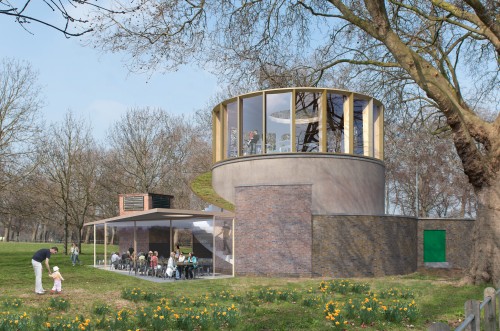 The plans then also provide shared facilities that the London Transport Museum will use as part of their pre-booked “Hidden London” tours of the deep-level shelters. An exhibition space telling the history of the tunnels will be displayed when the tours are not running.

Under the Rotunda, 180 steps below ground and under the Northern line tunnels, lies eight deep-level air-raid shelters that were built between 1940 and 1942. The vast tunnels are one of seven deep level networks constructed along the Northern line. It was not until 1944, when the bombing of London intensified with the use of V-1 and V-2 bombs, that the shelter was used for its intended purpose of housing up to 8,000 Londoners during air-raids. It closed after less than a year in May 1945, and was then subsequently used as a military and civilian hostel.

In 1948, 492 migrants from Jamaica arrived on the HMT Empire Windrush, and some were temporarily housed in the shelter. The Festival of Britain, in 1951, saw large numbers of tourists and school children arriving in London and the shelter was once again used to house them and others requiring cheap bed and breakfast accommodation.

TfL intends to take the redevelopment plans to the market in the New Year. Construction work could start in mid-2016.

Sam Mullins, Director for London Transport Museum, said: “We’re really excited about the transformation of the Rotunda into a new restaurant or café on Clapham Common. We look forward to working with the new tenants to create a very special visitor experience about this piece of hidden London history. This new exhibition space will add an interesting element to our already popular Hidden London tours.” 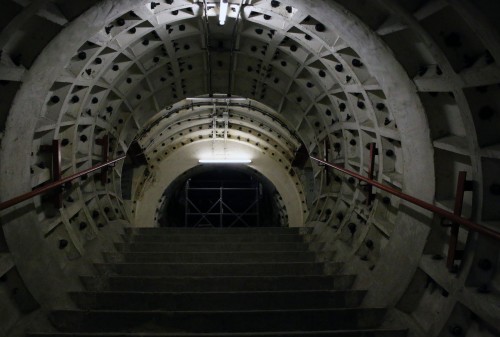 The planning application was originally announced back in June.