Women in Parliament – an exhibition inside Parliament

A grand medieval hall that has seen the greatest of state occasions, an exhibition, about the gradual admittance of women to Parliament. 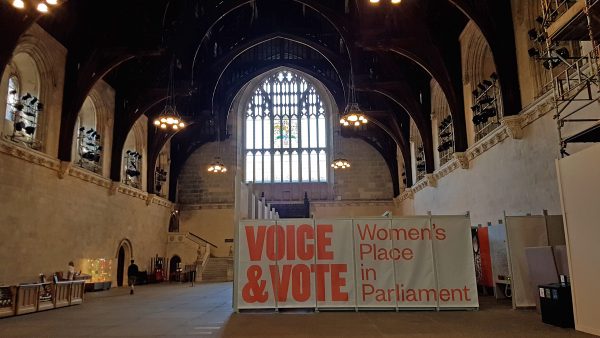 In a boxed off area you can see replicas of the boxed off rooms that used to confine women away from the debating chambers and where men couldn’t be distracted by the presence of the ladies above.

One named the ventilator, when Parliament burnt down, it was replaced with a rather grander looking, but more restrictive space that soon became known for social gossip as much as it later became known for the woman’s sufferance movement.

The exhibition trots through the history of women in Parliament with a lot of drawings and etchings at first as photography didn’t exist back then.

But as the clamour for women to have the vote grew, so the exhibition turns to campaigning and the many leaflets, badges and placards used to promote their cause.

Next to a set of hideous-looking manacles used by the more militant protestors to chain themselves inside the ladies room, are the bolt-cutters used to remove them. 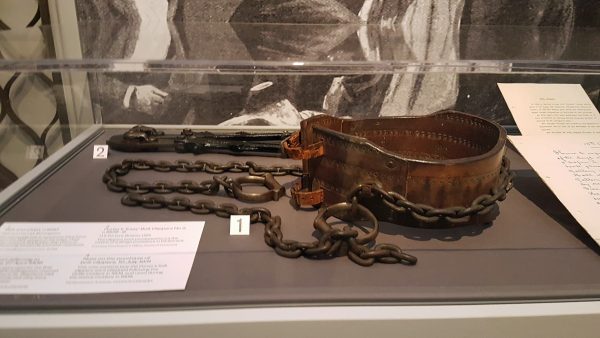 The most significant object on display in the entire exhibition for me though was a letter of such mundanely that it disguises its importance, detailing how and where the bolt-cutters are to be found.

The rights of women reduced to a bland bureaucratic procedure to be followed by the janitor. 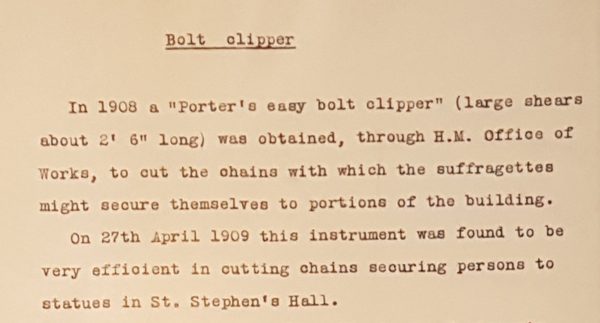 Fake news is also not a new thing, with a faked photo showing a suffragette next to graffiti. It wont surprise you to learn that it’s from the Daily Mirror. Piers Morgan’s faked photo wasn’t the first for that paper. 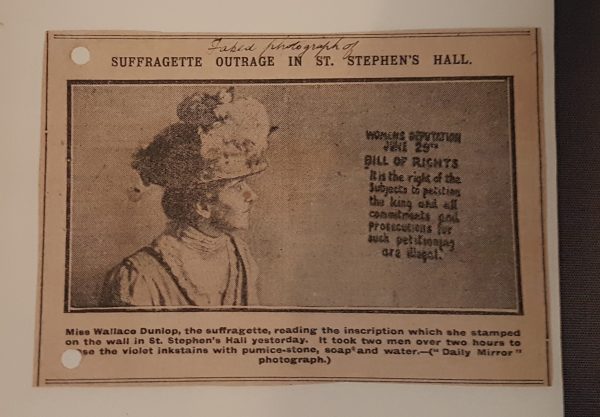 Of course, the protests, peaceful and not, eventually resulted in the correct decision, and for many I suspect the most exciting thing to see will be the actual act that granted — some — women the right to vote. And most correctly, next to it the less well known document from a few years later that extended the right to all women. 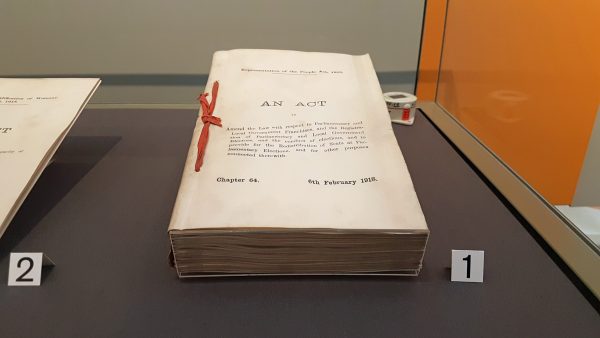 The right to vote won, the exhibition turns to the other women in Parliament — the MPs, who had already been able to stand for election, but had to put up with cramped conditions in a building not designed for women.

With most MPs used to holding meetings in Gentlemen’s Clubs, the ladies took over a meeting room which as it filled up became nicknamed the Tomb.

Here the exhibition’s attempt to recreate the Tomb is a bit weaker, and I almost missed the significance of the space until I read a sign I had overlooked.

However, as a brief trot through the history of women in Parliament it’s as good as any you will see this year, and all the better for being inside the very building that once fought so hard to keep them out.

The exhibition, Voice & Vote: Women’s Place in Parliament is free to visit and open until 6th October — but you need to book a ticket to visit.

Go here to reserve a ticket, then simply go through security to get into Westminster Hall for the display. 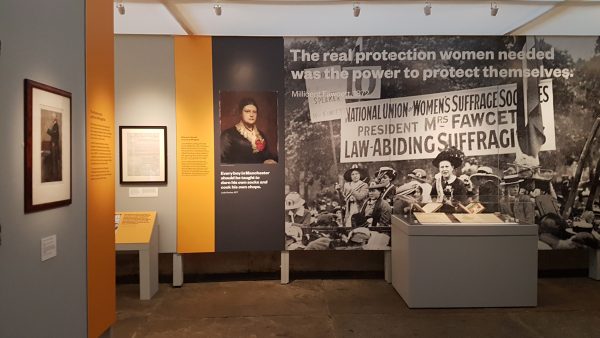 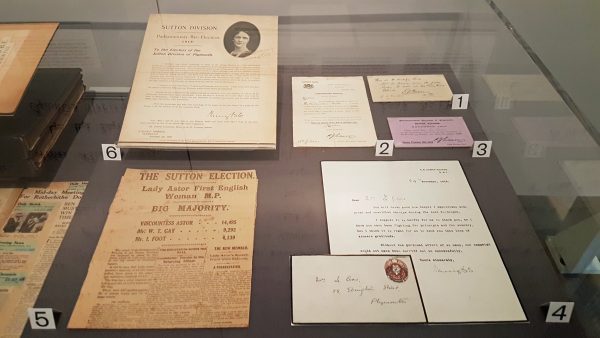 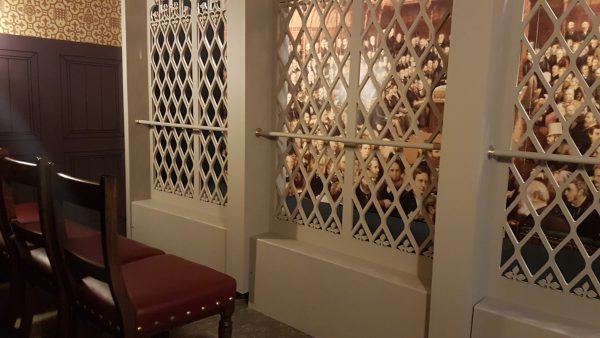 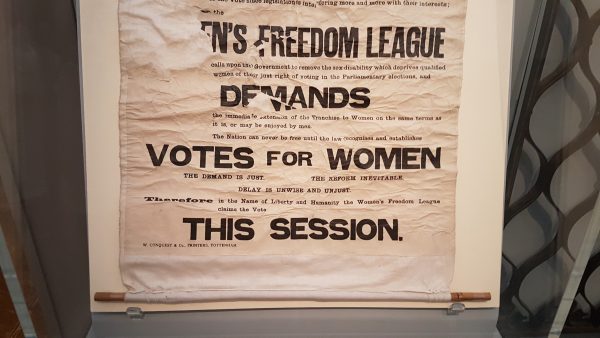