How did one of Sir Christopher Wren’s Churches end up in Sth London?

In deepest South London, in a small 1960s housing estate, off a small side street, itself off another small blocked off road – standing alone and largely forgotten – is a remnant of one of Sir Christopher Wren’s magnificent post Great Fire churches. 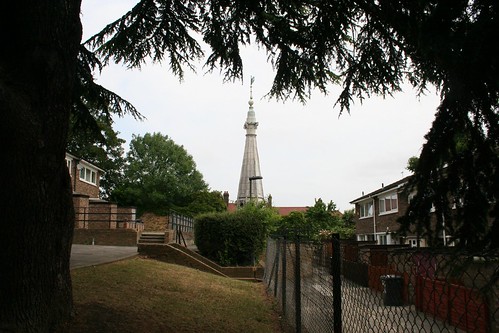 But what is a City of London church, built in the 1680s doing in what was at the time,  a small village in the middle of the countryside?

I don’t know the full story – but this is what I have been able to find out.

The Great Fire of London of 1666 successfully destroyed St Antholin’s Church, a 15th century church on a site that had seen Christian worship since at least 1119, and during the post Fire reconstruction, Sir Christopher Wren built a new church on the site between 1678-1684.

The church steeple is notable as it was the only one that Sir Chris built out of stone – all the others were wooden frames. 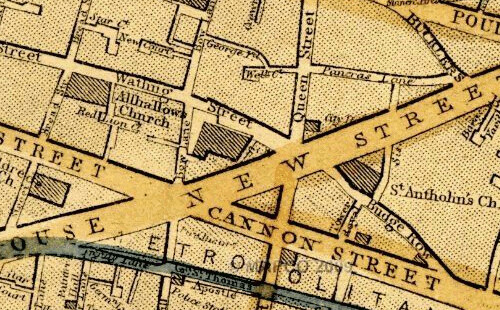 There seem to be three versions of what happened next.

Either the Church steeple was taken down in 1829, or in 1850 following damage from a lightning strike, or in 1875 when the church was demolished.

If taken down in 1829, my gut feeling is that as it was the only stone steeple built on any of the post-Fire churches, the tower may have been built along the same lines as the others – which supported wooden steeples, and been too weak to hold up the heavy stone, thus it became unstable. 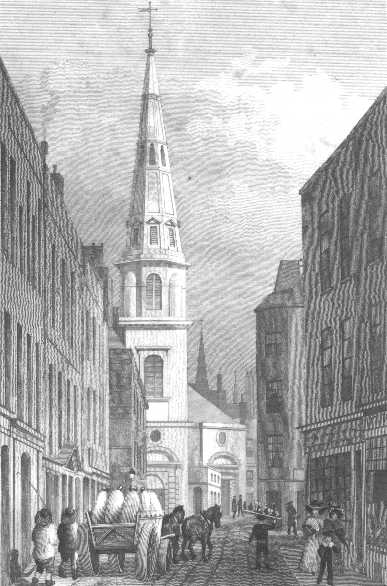 One of the churchwardens, Robert Harrild who owned a printing press factory locally, but lived in Sydenham, brought the spire, which contemporary records note as being a particularly fine example – for £5 and had it  installed in his garden. 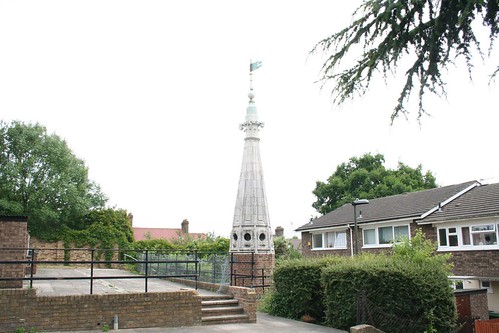 Robert Harrild was himself no “mere printer”, but the man who changed printing in London forever after he demonstrated the use of rollers to apply ink to the printing plate rather than people applying ink with the use of a hand held leather “ball”.

He made his fortune manufacturing the printing equipment needed and exhibited at the Great Exposition of 1851. His wealth enabled him to buy the local manor house of the village of Sydenham, known as Round Hill House.

A deeply religious man, he brought the church spire and set it up in his garden – and there it remains to this very day still standing there surrounded by the modern housing that replaced the former manor house – and utterly invisible unless you know exactly where to go – which you can do by use of this map link and approach up the steep road from Round Hill. 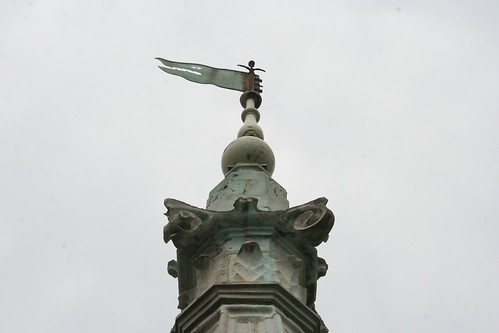 The Wren designed church was demolished in 1875 as part of the Union of Benefices Act which tore down Churches that had become little used following the depletion of the residential population in The City.

On 11 May 1878, a successor church, St Antholin, Nunhead, was consecrated. In December 1940, this church was gutted by incendiary bombs, but was rebuilt after the war and on 12 October 1957, reconsecrated as St Anthony, Nunhead. In 2001, the church was united with St Silas, Peckham Rye, when St Silas was demolished.

In 2003, the church was rebuilt on the same site and dedicated to St Anthony and St Silas, Nunhead – although I would personally say it lacks any of the character of its Wren built namesake. 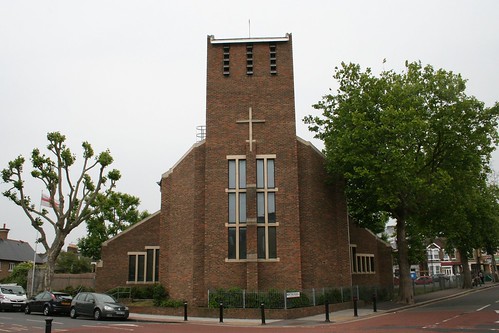 Although the original site in the City of London was until recently a rather ugly tower block, it is currently a building site. Maybe they will put up some sort of notice to the memory of the religious use the site was put to for over 800 years.