Why did the chicken cross the road? To discover a different London.

A different London awaits, sights at once familiar, but different, unusual shops, vistas opened in unpredictable ways, and all a few metres from where you are. 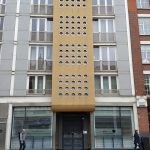 Yes, just metres from where you get your morning coffee, your commute to work, the weekly shopping an entirely different London awaits.

No need for time travel or leaping into other dimensions, simply… cross to the other side of the street.

The familiar street is now a strange place, but with echoes of the familiar, as if a lost fragment of a dream. 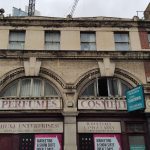 The shops you walk past daily now revealed to have upper floors, with offices, and flats, with windows, signs, decay and pride.

The high wall that dominates a section of your commute now shrunken by distance and hidden realms behind now revealed.

Architectural joys and disasters hidden above eyes that don’t look up now lain bare. Graffiti, or street art if you prefer, never seen from one side, now an ornament from the other. 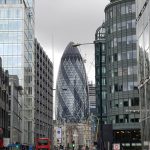 Ahead of you, familiar buildings now seem oddly strange as the approach is from an oh so subtly different angle, but enough to change entire perspectives. Towers that are but peeking out from behind buildings now stand proudly alone, or sneak away where once they dominated.

At eye level, shops once seen as glimpses between buses and vans now up close and intimate, as you peer through glasses unfamiliar. 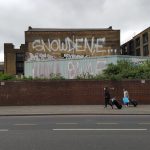 You’ve moved but a few metres, you’ve only crossed the street. All is familiar, but strange. New paving slabs to avoid the wobble. New side roads in unusual locations to stop at. New traffic lights to familiarise yourself with.

All new, but also all so familiar. So short a distance to travel but you created a new adventure.