A number of railway lines feed into, or out of London, depending on your perspective, and many of them pass over roads, or above viaducts — so which is the first railway bridge heading out of London?

In fact, there are two number one bridges. There should be more, in theory, but there aren’t. Just two.

To work out which is the fist bridge, we need to look at the Engineers Line References for help. Each railway line has a three letter code to identify it — such as XTD for the line that runs from Charing Cross Station to Dover.

Each bridge or viaduct on that line had a code number. 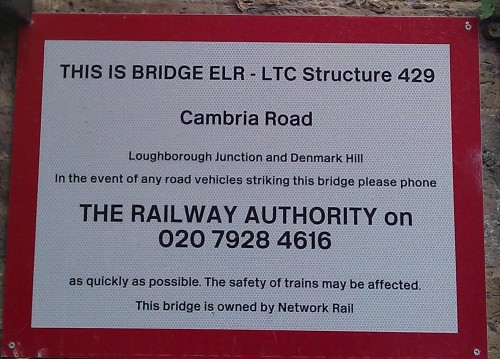 These Engineers Line References (ELR) as are a very useful way for the railway to know which bit of infrastructure is being talked about. Should a vehicle hit a bridge, a local might phone up to report it, and rather than saying “the bridge at the end of Acacia Avenue”, they can say “467 CAT”, and that instantly ties into a specific map reference for the railway.

Useful as last year there were 1,621 bridge impacts.

Obviously, if every bridge has a number, where is number 1?

Just two lines running to London start in London — although only one of them was built that way. Over the years, the numbers have been changed around a bit, and a big tidy up took place in the 1980s.

Most of the railways terminating in London seem to numerically at least, head into the city, with their numbers counting upwards from outside the city heading in.

So where should you go to see bridge number 1 in London.

The are two locations. 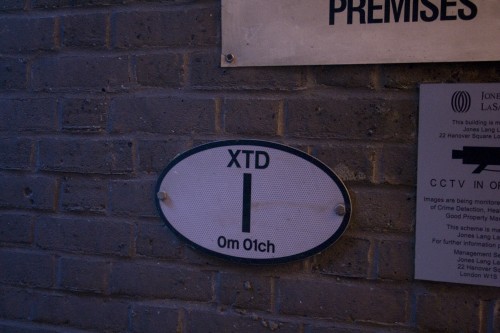 That is the ELR for Charing Cross to Dover Line, and the first marker can be found in the arches underneath the station itself, by the steps leading down to the arches on the west side of the station. [map link] 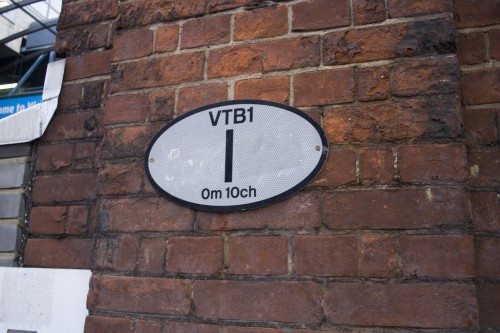 That is the ELR for the Victoria to Windmill Bridge Junction line, and can be found on the street side of the railway bridge just behind the station.  [map link]

I think we can say that the Charing Cross line marker is the first as it is ever so slightly closer to the start of the line than the Victoria one is.

So, now you know what those odd signs are next to railway bridge are used for, and where the first two out of London can be found. Geekery unlocked!