High up above the Nave of Westminster Abbey is a new exhibition space, with incidentally, what has often been described as the “the best view in Europe”.

The new Galleries are set more than 50 feet above the Abbey’s floor in the medieval triforium, an area that has never been open to the public before.

Apart from the galleries themselves, the other exciting thing to see is the staircase to get up to them, the first major addition to the ancient church since Nicholas Hawksmoor’s towers in 1745.

A modern stylish addition to the Abbey it sits outside the main building so as you ascend, you get a range of views from close-ups of the outside of the stained glass windows to glorious views across to Parliament.

There is a lift inside the new staircase, but it’s pretty bland — if you can, take the stairs.

Up in the galleries, it’s a large space filled with displays — many of which come from the old Abbey museum that used to be on the ground floor. The rest are new though, as are the views down the Nave itself.

What had been a narrow corridor is now a wide floor, so getting to see what poet John Betjeman once described as “the best view in Europe” is somewhat less hair-raising than he would have experienced.

The reason to come up here though, apart from the views, are the displays.

A remarkable model of plans to build a tall steeple on the top of the Abbey dominates part of the gallery, but the most visually impressive objects are the Monarchs. 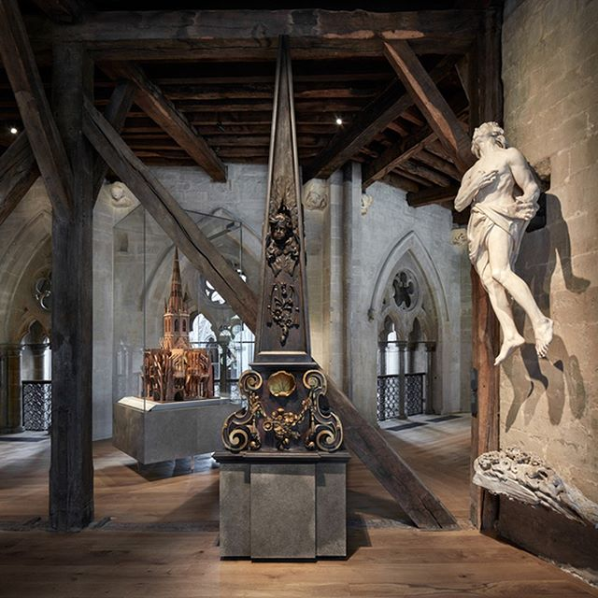 Well, their effigies, which used to be in the old museum, but have been transported up here, and in the larger space seem more regal and impressive than they used to be when cramped in below.

For one moment I also thought they had brought the Crown Jewels here as well, but nope, that case is packed full of replicas. Impressive to look at, but off to the Tower with you if you want to see the real things. 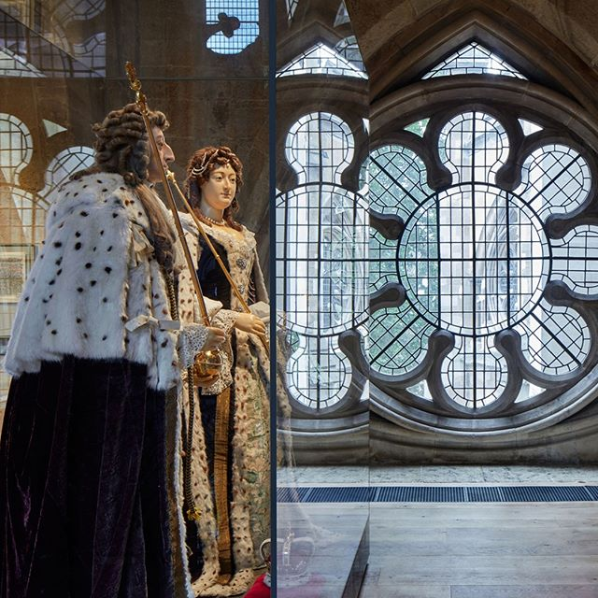 The space, with cleaned up walls and the dust of centuries removed, is a surprisingly airy affair, helped probably by the fact that they haven’t sealed off the stone wall around the inner side, so you can peer over the edge to the visitors below.

And of course, stop at that famous spot to look along the Nave.

If so minded, look for William and Kate’s marriage consent document sealed by The Queen giving permission for their marriage. The language is delightfully ancient.

It’s an impressive space, but unfortunately, as with the Abbey below, photography is not allowed – nor in the lovely modern staircase. 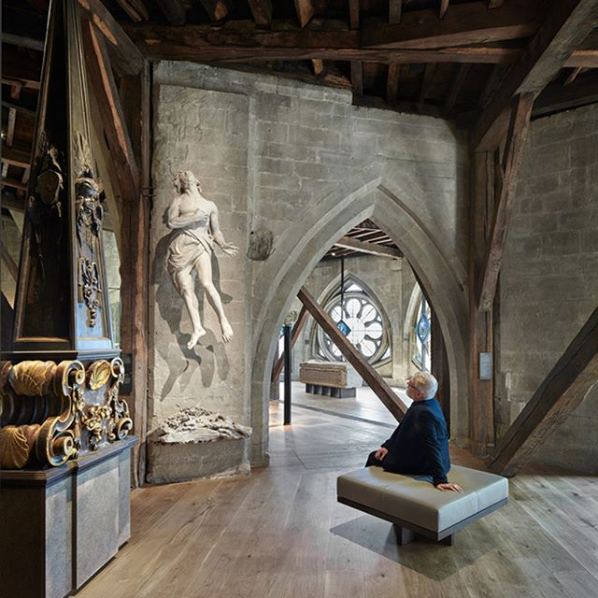 Entry to the Queen’s Diamond Jubilee Galleries is £5, however that’s on top of the £21 entry charge to get into the Abbey, so £26 in total*.

I am therefore going to suggest something odd – pay £40 instead.

That is for membership of the Abbey Association, and amongst a load of other things, gets you unlimited entry into Westminster Abbey and the Galleries for a whole year.

I find that Westminster Abbey can be a bit overwhelming to visit in one big day out, but being able to nip in for many short visits suits me far better, and it’s nice to just have the option when in the area for a spare hour or so.

*There is free admission for residents of the City of Westminster, using the City Save card.