Published 8 May 2015 by Transport News 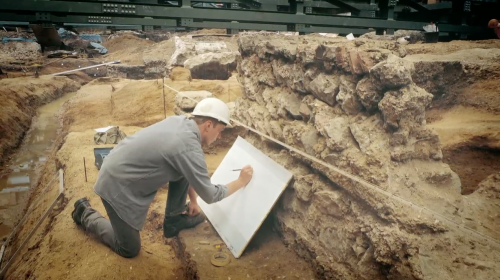 A colourful display of trees, shrubs and flowers has taken over a disused platform at Barbican Tube station, in London Underground’s first ever pop-up garden. Local London

TfL signs up for International Quarter at Stratford The Wharf

A group of football fans on a train from Euston to Stoke are wanted by police after they shouted abuse at fellow travellers – including a young boy in a wheelchair. London24

…and finally, Giles Coren: ‘I love the nurturing smog of the Underground’ TimeOut

The image above is from Jan 2014: Secrets of Underground London