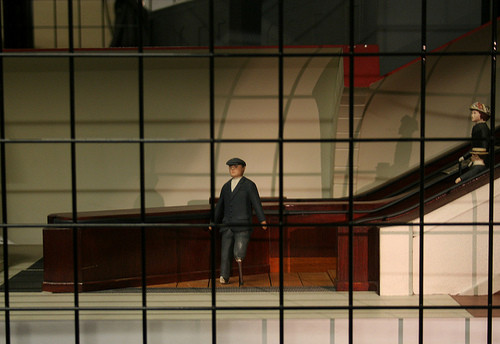 The male toilet on Platform 3 at Elephant and Castle, frequently used by drivers, has been out-of-service for over a month, while it undergoes “essential maintenance”. Workers Liberty

A man struck by a rush-hour Tube train when it is believed he bent down to pick up a bag is in a stable condition in hospital, police have said. BBC News

An RAF Flight Sergeant could be jailed for breaking a Tube passenger’s back in a “prank that went wrong”. Evening Standard

Rail passengers from Cambridge to London will have brand-new trains to travel on next year, says the company now operating the route. Cambridge News

A barrister who avoided paying for his train ticket for more than two years may be the “biggest” fare-dodger ever prosecuted in the UK, LBC

So, There’s This Naked Man Riding the London Underground… Out

The hunt for an elusive particle critical to physics once saw Holborn tube station used for a revolutionary science experiment. IanVisits

A look at why Transport for London online, a Microsoft house, chose AWS Diginomica

What the tube needs is wider escalators. Diamond Geezer

The image above is from October 2011: 100th Anniversary of the Escalator on London Underground