Published 19 March 2015 by By Ian Mansfield About Me 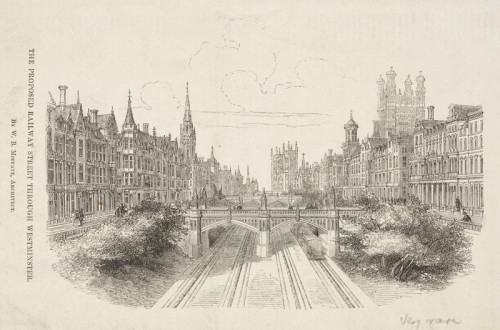 The Croxley Rail Link project has been signed off by the Government. Watford Observer

A Tube platform from which a woman fell and was dragged under a train this week was not overcrowded, a new CCTV picture has revealed. Evening Standard

No Do Nothing Option: The increasing cost of the Bakerloo’s trains London Reconnections

Finsbury Park station to be upgraded to ease overcrowding ITV

Market stalls outside Stockwell Tube station were told by TFL that they have to leave their current pitch in Clapham Road by the end of April. South London Press

London Underground has placed its order for two tunnel boring machines to be used on the Northern Line extension. Construction Enquirer

LDS has won the go-ahead for new plans to redevelop the site above and around the Bond Street Crossrail station. Architects Journal

Proposals for a major overhaul of Hayes & Harlington station as part of the Crossrail programme have been approved by Hillingdon Council. Bdaily

Remains of a disused station uncovered by Network Rail IanVisits

Commuters face dire consequences at London Bridge if more is not done to quell the rush hour chaos plaguing the station, the government was warned today. Evening Standard

Why doesn’t the tube make handpoles out of self-sterilising metals? And what is grippage? CityMetric

…and finally, 40 minute video – Is London on the right track when it comes to building a rail network that will cope with the capital’s growing population? London Live

The image above is from Feb 2014: The Victorian proposal for a railway to Westminster Abbey