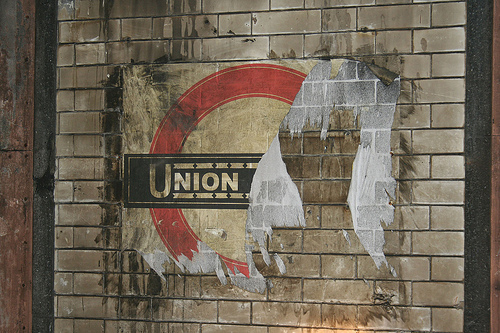 They’ve started debating the names for the new stations to be built along the Croxley extension of the Metropolitan Line. Watford Observer

A mother was left behind on a platform after pushing her baby pram on to the train just as the doors were closing, which then left without her. BBC News

Five tube maps have gone on display – made from Lego. IanVisits

A review of the design of the “station closed” signs on display at Edgware Road at the moment. Creative Review

Crossrail could boost residential and commercial property values in west London and beyond to Maidenhead by £1.25bn between 2012 and 2022. CityAM

Camden Council is challenging a High Court decision to allow plans for the High Speed 2 (HS2) rail line to continue. Ham and High

A look at the long running saga of the new trains for the Thameslink Upgrade. London Reconnections

Four transport projects are set to receive a share of a £40 million fund from the Mayor of London allocated for regeneration schemes. London 24

Plans to reopen Lea Bridge Station may be affected by who picks up the running costs if passenger levels are lower than expected. Waltham Forest Guardian

A man who walked along the DLR tracks in the middle of the morning rush hour, then fell asleep on them was given a six-month suspended sentence. BTP

Chelsea football club are said to be considering the Lillie Bridge tube train depot next to Earl’s Court as a site for their new football club. CityAM and a look at the wider transport options by London Reconnections

Boris Johnson set out his plans today for a “golden age” of transport to take London into the next decade and beyond. Evening Standard