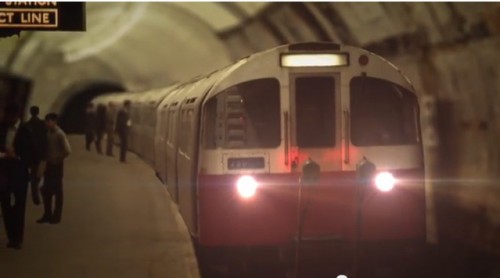 The Victoria line should be extended to reconnect Chingford with the rest of Waltham Forest, according to one campaigner. Local London

Boris Johnson has been accused deceiving the public over the closure of Tube ticket offices. Local London

Commuters have been greeted with a bizarre station announcement saying a stationary escalator had become a ‘staircase service’. ITV

A second entrance to Hanwell Station has been opened to commuters for the first time in more than three decades. Get West London

Campaigners have lost their latest legal challenge to the first phase of the proposed HS2 high-speed rail line. BBC News

London could get a whole new rail terminal in Shoreditch CityMetric

Network Rail is to carry out its biggest ever Christmas holiday engineering programme this month. NCE

A man dressed in a chicken outfit appeared at an Essex railway station to protest over rail delays. AOL

Labour MP Diane Abbott has called for a four-year freeze in Tube, rail and bus fares for Londoners. Evening Standard

An innovative finance agreement was used to push forward plans for an extension to the London Underground’s Northern Line. Regen

The danger of ladies hatpins on the London Underground IanVisits

The image above is from Nov 2013: A short video – Engineering the London Underground