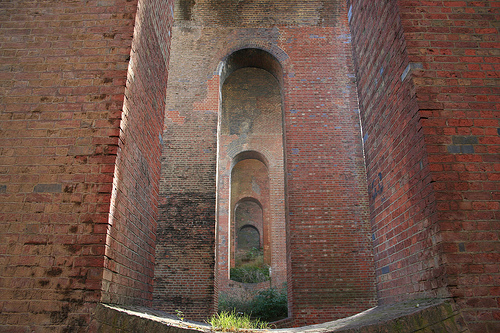 Should Bexley the ‘forgotten borough of London for transport’ join the Underground? News Shopper

The rail industry has begun a review into using driverless technology to bring automated trains to Britain’s railways. Financial Times

‘Norbiton gap’ at train station to be fixed by early 2016, South West Trains says This is Local London

Unmasked at last: the City high-flyer who dodged £43,000 in train fares The Telegraph

Wearing sunglasses and a large-brimmed sun hat, London Underground’s head of train systems engineering is standing in the rain in a Leicestershire field. Rail Engineer

The image above is from October 2008: The Dollis Brook Viaduct