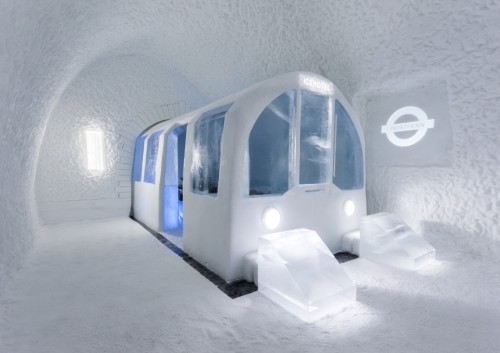 Crossrail extension to Reading “will save £10M” NCE (Google Cache)

Bombardier, CAF, Hitachi and Siemens have been shortlisted for a contract to supply 39 four-car ‘metro-style’ electric multiple-units for London Overground. Railway Gazette

Approval has been granted for a huge international freight terminal on green belt land in Hertfordshire after eight years of protest. BBC News

CIO Interview: The world of data is your Oyster at TfL Computing

The image above is from Dec 2013: Sleep in a Northern Line tube train carved out of ice