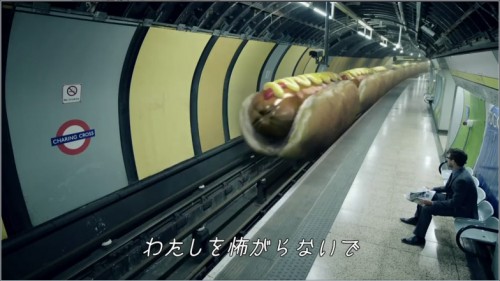 Taylor Woodrow has been awarded a £44.3m contract to upgrade train depots at Ealing Common and Upminster. Construction Index

Allegion is to provide 600 steel doorsets for Crossrail in a contract worth £1.25 million. Specification

Trains services to be suspended from Watford Junction, Bushey and Kings Langley stations for three weekends in August Watford Observer

Network Rail have accelerated their planned 12-month maintenance programme along lines served by FCC to three months, with upgrades to track, power supplies, signalling and drainage to be completed by the end of July. Haringay Independent

Haynes publishes an Owners Manual for the London Underground IanVisits

A man has been jailed for four weeks after walking into a London Underground station naked from the waist down. LBC

Probably the funniest “guide to the toooobe” around YouTube

People camping out in the fields around the Glastonbury Festival have a London interloper amongst their midst — a tube train in fact. IanVisits

The image above is from Feb 2014: Giant hot-dog passing through Charing Cross tube station