Published 9 May 2014 by Transport News 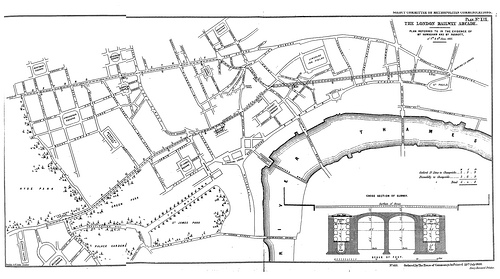 The owner of a well-known St John’s Wood cafe fears for its future after Tube strikes and engineering works left him more than £1,000 out of pocket. Ham&High

WSP has been appointed to develop options and make recommendations for a London Overground station to link to the proposed HS2/ Crossrail interchange at Old Oak Common. Press Release

Crossrail could be coming to Bexley, if the leader of Bexley Council gets her way. This is Local London

Plans for the redevelopment of Ealing Broadway Station for Crossrail need to be thoroughly reviewed and shouldn’t be rushed through warn a group of local residents. Ealing Today

Workers at London’s mainline railway stations are due to strike for 24 hours over pay freezes and pension cuts. BBC News

Work has started to extend platforms at five stations between London Marylebone and Birmingham Moor Street to provide the option for longer trains and extra seats on the Chiltern main line. Press Release

A look back at London’s Early Tube Strikes Londonist

Tube Crush, a site that lets users post pictures of hot men on the London Underground, is being criticised for encouraging male objectification. The Telegraph

Communications Based Train Control (CBTC) means different things to different people, so says Tom Lee from the Rail Standards and Safety Board who chaired a recent conference in London on the subject. The Rail Engineer

The image above is from: How the first Underground Railway might have run under the West End of London