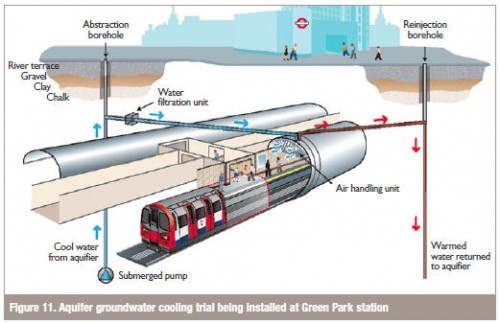 A Tube commuter has told how a sex attack has left her emotionally scarred and too terrified to travel. Evening Standard

A youth worker who jumped onto train tracks to save the life of a woman was among the unsung heroes honoured at the Merton Civic Awards last night. Local Guardian

Crossrail regeneration should be supported by land acquisition powers. Out-Law

A few photos from the Canary Wharf Crossrail Station IanVisits

The Magic Circle has responded to the HS2 consultation — although on mundane building issues, not magicing up public opinion. HS2 Website

Russell Brand the train ticket dodger “I couldn’t be bothered with the rigmarole of getting one.” Daily Mirror

TfL is about to test the use of smartphones for prepay travel payments. Cellular-News

The evolution of the London Underground map Tim Bryars

David Cameron today condemned the London Underground strikes set to start on Monday amid claims they will cost the capital £150 million. Evening Standard

Rachel Whiteread the Turner Prize-winning artist, has been commissioned by Art on the Underground to create the new cover of London’s free pocket Tube map. Artlyst

The image above is from: Cooling the London Underground