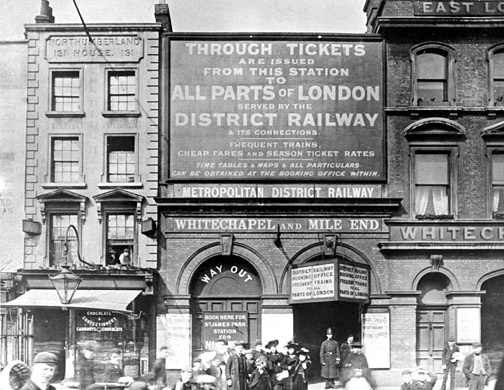 Crossrail’s procurement director Martin Rowark will quit the project next month after four years on the scheme. Construction News

A look at how cranes are being used on Crossrail. Cranes Today

Disabled people using London Overground stations can now do so without having to book in advance. BBC News

Greater Anglia has admitted it needs to do more to let people know about an under-used bike hire scheme at Enfield Town railway station. Enfield Advertiser

Work on the construction of the newest rail link into the capital has got underway, with Transport Secretary Patrick McLoughlin welcoming the development. AceNet

Appeal after man exposes himself on DLR Docklands Advertiser

DLR Dagenham extension will not be looked at as part of Barking Riverside regeneration. Wharf

The Forgotten Men of the London Underground The History Press

I know that Rome wasn’t built in a day but I’m sure the ancient Romans could have put in an escalator in less than 10 months Daily Express <– I explained the difficulty here.

THE watering holes of Salisbury have been mapped out, London Underground-style. Salisbury Journal

The multi-billion pound modernisation of the London Underground has been hailed as the most successful transport investment in the past decade by the business networking group Radius. Evening Standard

Take a “Farewell Tour” around the Tube Network IanVisits

The image above is from: The tale of the “Dead Body Train” at Whitechapel