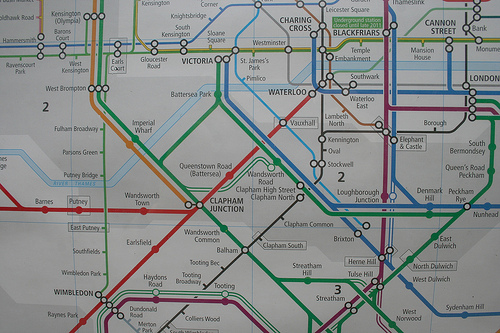 An incident in which a Tube traveller was dragged along a platform after her scarf caught in a train door is being officially investigated. York Press

Calls for step-free access to be introduced at Rayners Lane underground station have been knocked back by the Mayor of London Boris Johnson. Get West London

Transport chiefs have admitted for the first time that the collapse of a Tube £350m signalling contract will hit taxpayers in the pocket. Evening Standard

Police are appealing for information after a man subjected a fellow passenger to a “tirade of racist abuse” on an Underground journey on the Jubilee line. Wharf

Colleagues today paid tribute to an engineer killed by falling concrete in a Crossrail tunnel – the first worker to die on the project. Evening Standard

A mayoral development corporation will be established around the planned Old Oak Common HS2 and Crossrail station by the summer of next year. Regen

The London Overground or “Ginger Line” is opening up new areas of London for savvy house buyers The Telegraph <– Ginger Line? Seriously?

Military chiefs are investigating after an artillery round from a firing range went five miles off course – and exploded in a field just yards from the Penzance to Paddington railway line. Cornish Guardian

Plans to turn Tottenham Hale station into one of the capital’s landmark rail hubs have moved forward. TRL

Contractor Clancy Docwra confirms that a site supervisor has been killed on its DLR project in Stratford. Building

A senior Transport for London manager tipped as a rising star of the organisation has been accused of sexual harassment by one woman and bullying by a staggering 45 colleagues. Evening Standard

RMT leader Bob Crow has died — see all the news.

A rabbit called Boris announces changes to the statuses of the various London Underground lines, when they occur. Oobrien

The secret ticket that only works in one tube station IanVisits

A married bar manager sexually assaulted a girl he took a liking to after spotting her on a Tube train and following her to Harrow town centre. Get West London

The full-time railway-station chaplain at St Pancras Station has been made redundant, and the future of the post is in doubt. Church Times <– Interesting interview here

The image above is from: Taking a Private Trip in London’s Parliamentary Train Service