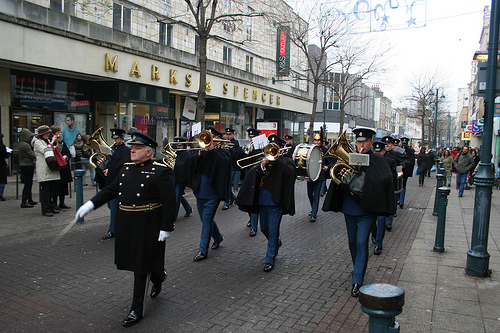 Covent Garden station to be exit only during lift replacement works over the next two years. Press Release

Crossrail and Redbridge Council will work together to ensure improvements to the borough’s four stations brings them up to a higher standard, says the council leader. Ilford Recorder

A politician has handed Boris Johnson a petition with over 1,200 signatures urging him bring Crossrail 2 to Worcester Park. Local Guardian

Crossrail passes the half-way stage in its construction IanVisits

A Parliamentary petition calling for the £1 billion Crossrail carriages contract to be awarded to city train-maker Bombardier is gaining cross-party support. Derby Telegraph

Plans to rejuvenate Sutton town’s train station and improve the area around it will be discussed at a meeting next week. Local Guardian

A dedicated engineering training faculty for students aged 16 and over is to be opened by 2017 to support construction of the planned HS2 network. Railway Gazette

Workers on the DLR have voted to go on strike because of a row over pay and industrial relations. LBC

The Labour candidate bidding to represent Highgate at the next general election stood in the drizzle and damp to protest against Tube fare rises on Monday. Ham & High

Some posters advertising — or warning — about the fares rise have been going up (like the fares) around the transport network over the past week or so. IanVisits

The image above is from: First Day of the Woolwich DLR