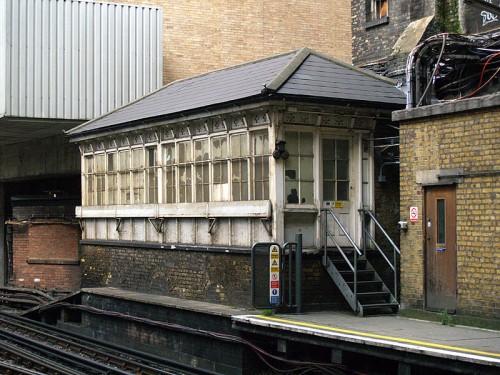 A graffiti vandal who caused £45,000 worth of damage to Tube trains across London after starting his rampage in Neasden, has been jailed for 18 months. Kilburn Times

London Underground is to start an experiment to use the heat trapped in the Northern Line tube tunnels to warm up homes on the surface. IanVisits

LU operated 98.4 per cent of all scheduled train services during Period 6, the highest level in the last 12 months. Press Release

A European research project will see engineers test a robotic system for detecting structural defects in tunnels on the London Underground. PE

A public inquiry into the proposed construction of the Northern line extension has begun and is expected to last for around four weeks. Press Release

Plans to extend Crossrail to Reading “are of little or no use”, one of the town’s MPs has said. BBC News

Not so boring. How other infrastructure projects can learn from London’s new railway. The Economist

Plans to build a controversial rail freight depot near Park Street will be discussed at a meeting next month. Local Times

A Mottingham station vendor says pooing pigeons are ruining her trade as customers dodge the birds’ bombs which have landed in cups of coffee. News Shopper

The Camden Town market could “permanently close” if the government’s HS2 rail link gets the go-ahead, business leaders in the area have warned. Camden New Journal

Maps of the London Underground have gone on display at Wivenhoe station. Daily Gazette

The man who can taste the Tube map BBC News

Londoners are being asked to suggest questions for TfL boss Sir Peter Hendy when he attends next week’s meeting of the TravelWatch board. Mayor Watch

The image above is from: London Underground Signal Box gets Listed Status