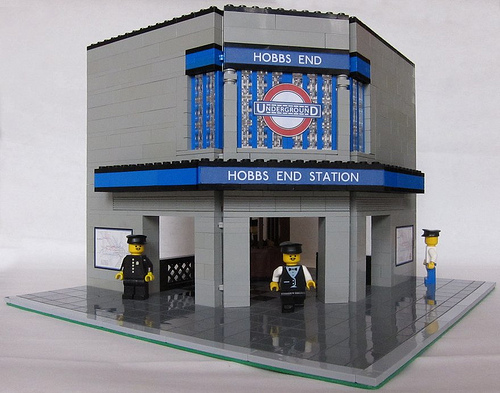 The record for visiting all 270 London Underground stations in the quickest-possible time has been broken by eight minutes. BBC News

80th anniversary of the closure of the British Museum tube station. IanVisits

Union claimed that hundreds of Tube drivers refused to work on the London Underground due to concerns over a lack of fire cover with the Firemen strike. London24 Although TfL says it was just one driver. London24

TfL has been called upon to set up a trial period of Piccadilly Line trains stopping during the day at Turnham Green. ChiswickW4

Transport campaigners calling for Crossrail to be entirely step-free received a boost after Mayor Boris Johnson said he wanted “all” stations to be accessible. MayorWatch

Vinci is close to finalising a deal with Network Rail to design and build 13 stations on the western section of Crossrail from Acton Main Line to Maidenhead. Construction Enquirer

The first stages of work to Maidenhead platforms are due to begin over the Christmas period. Maidenhead Advertiser

There are growing signs that Labour is cooling on the HS2 rail project. BBC News

A new smartcard enabling passengers to ‘pay as you go’ and eventually travel on the London Underground is coming to Epsom this year, according to its MP – although the train company says it is “confused and concerned” by his claims. Local Guardian

The newly appointed chairman of the HS2 rail link has said it is essential the £50bn scheme has cross-party support. BBC News

BIG business could hold the key to extending the tram line to Sutton, by sponsoring the system. Croydon Today

The leader of Sutton Council has branded the Mayor of London’s decision to cut transport funding a “disgrace”. Local Guardian

Brothers jailed for DLR and Tube phone thefts. The Wharf

The image above is from: Hobbs End tube station – made from Lego