Published 20 May 2016 by By Ian Mansfield Transport News 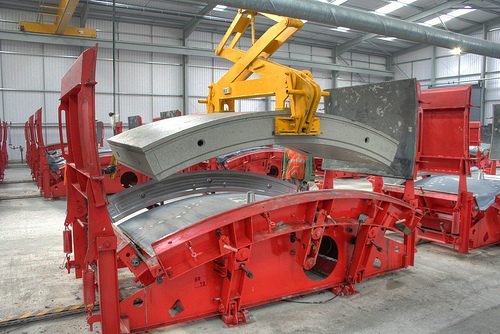 A man has died after being struck by a train before rush hour at Kennington tube station. Standard

The bill for the Northern line extension to Battersea Power Station is set to soar by as much as £240 million following “significant” design changes. Standard

Striking images which sum up life on the Becontree estate are now on display at local Underground stations. B&D Post

Crossrail has issued warnings of potential noise disruption due to piling work close to Ealing Broadway Station and near Longfield Avenue. EalingToday

This new map shows how the Elizabeth Line will look on the tube map. CityMetric

People who use Thameslink trains in South London are being urged to attend a meeting to campaign for a better service. South London Press

London has come out on top of an analysis of the performance of several major cities in providing open data on transport and mapping. UKAuthority

Two hero off-duty police officers stepped in to apprehend a man who allegedly boarded a Tube train armed with a knife and a loaded gun while inebriated. Standard

Hacking through the problems of rail passenger congestion The Engineer

Stand-up Ben Van der Velde to visit every Tube station on foot. His ambitious aim is to cover all 350 miles of the route in just 26 days. Comedy

The image above is from Feb 2012: Photos from inside Crossrail’s concrete factory