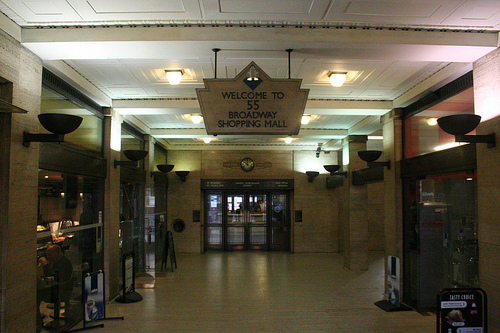 Cleaners on the tube are starting a campaign of industrial action next week over plans to force them to check in by being fingerprinted. LBC

Artists’ concern over copyright and pay leads to climb down by TfL over their ‘poets in residence’ Underground scheme. The Guardian

Concerns raised over a bias in a question regarding Piccadilly services to Turnham Green station. ChiswickW4

Train drivers on the Victoria Line are to go on strike next Tuesday evening in a row over working conditions. BBC News

Crossrail is taking possession of Abbey Wood gardens next week – despite no exact compensation figure being agreed for affected residents. Local London

A look at the signalling systems that will control trains when Crossrail is finished. The Rail Engineer

“Bog-standard” toilets on Chiltern Railways’ trains are being transformed with images inspired by places along its main route. BBC News

First Capital Connect has been fined £75,000 after passengers were stuck on a train in London for more than three hours. BBC News

Heathrow Express is sponsoring the England Sevens rugby team and will have its logo on their shirts. Business Travel Mag

Timelapse video of the demolition of the King’s Cross green shed. YouTube and a look at the site from above IanVisits

850 people a month handed fines for dodging tram fare. This is Croydon

Two people who managed to get their lost property back from Transport for London were so happy they performed a musical thank you to the staff. London24

Lawyers have avoided a £140m court showdown with London Underground after settling a professional negligence case just weeks before it was due to be heard. The Lawyer

The image above is from: A tour of London Underground’s Art Deco HQ Building