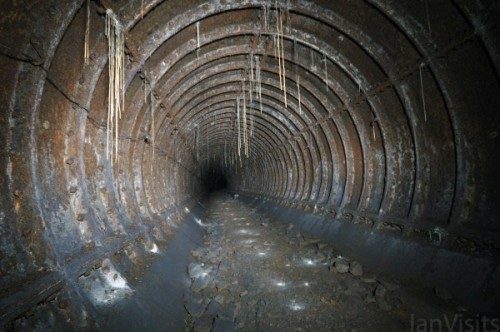 Photos from inside an abandoned tube tunnel

Testing on Crossrail Aventras begins ahead of 2017 service Rail

HS2: Camden publishes its draft petition to the House of Lords Camden Council

c2c announced an agreement which will enable it to lease additional rolling stock to cope with an unexpected increase in demand. Railway Gazette

A Gatwick Express driver refused to pick up passengers on an early morning service in a row over the introduction of longer trains with no conductors. Crawley News

Gropers on the tube are a century-old problem The Guardian

The London Transport Museum has announced a new round of tunnel and disused station tours, with tickets going on sale next week. IanVisits

Why Do London Underground Stations Have Weird Tiling? MentalFloss

A pocket tube map made from engraved steel MappingLondon

A former London Underground steam locomotive may meet a 1938 tube train, on the Isle of Wight. Island Echo

And finally, it’s quicker to travel by train than plane in Europe right now CN Traveler

The image above is from Sept 2013: Photos from inside an abandoned tube tunnel