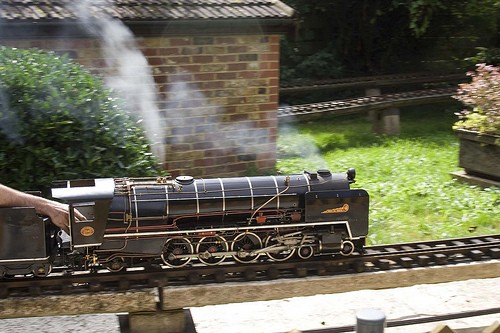 London Underground has shown off the two new tunnel boring machines that will soon start chewing through South London to dig the Northern line extension. IanVisits

A change to escalator etiquette on the Piccadilly line reveals a good deal about society and individualism Independent <– story about Holborn, illustrated with picture of Piccadilly Circus.

Disused tunnels to be reopened at Knightsbridge tube station IanVisits

A Northern line tube driver took matters into her own hands and kicked off five ‘tissue beggars’ off in one day as police battle to deal with the issue. LBC

TfL has named the new line-up of subcontractors it will use to deliver civils work during the London Underground modernisation programme. Construction Enquirer

Boris Johnson today pledged that deep-level Underground trains will get air conditioning as he claimed engineers have “cracked” cooling on the lowest lines. Standard

Plans to build a Crossrail station in North Kensington are being resurrected by London Mayor Boris Johnson. GetWestLondon

Train staff have been tasked with monitoring a South London bridge which has been hit more than 10 times by lorries since September. Sth London Press

Trains on Britain’s HS2 rail scheme are at risk of derailment and catastrophic track failure, according to previously secret research commissioned by HS2 itself. Telegrapgh

Eurostar is considering launching a new service linking London to Bordeaux in under four hours. Standard

Commuters who use London’s Thameslink train services have described it as “inhumane” and “the worst service in the world”. Times Series

Am investigation has been launched into claims that British Transport Police officers racially discriminated against an African man and used excessive force during his arrest at St Pancras station. The Voice

The image above is from Oct 2012: Take a trip on a miniature steam railway near Heathrow