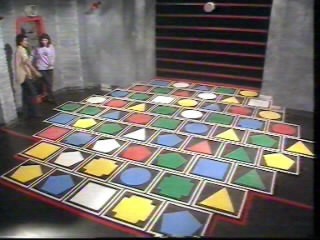 A £180m modernisation of the Neasden depot has been completed to provide routine maintenance of  S Stock trains used on the Metropolitan Line. Railway Gazette

The online petition to stop Piccadilly Line trains at Turnham Green throughout the day has gathered 1,700 signatures. ChiswickW4

Contractors and consortia have been invited to start pre-tendering to build the £600m Northern Line extension to Battersea power station. Building

Campaigners stepped up their fight to see lifts installed at Seven Kings train station after being “betrayed” by Crossrail officials. Illford Recorder

Islington Council has granted planning permission for proposals for a seven-storey office to sit above the western ticket hall at Farringdon Crossrail Station. Out-Law

Surrey set to lobby for Crossrail 2 and new stations. Get Surrey

Crossrail has overcome many complex challenges and is now about to begin its trickiest phase as contractors prepare to go under the River Thames. NCE (copy/paste news headline into Google and click from there if page not readable)

London will be blighted by “never-ending sprawl” on surrounding green belt land unless transport links are improved, including a new high-speed rail line, Nick Clegg has warned. Evening Standard

Promoting the HS2 rail link on the basis of speed has been wrong, Transport Secretary Patrick McLoughlin has said. BBC News

The Government received a further blow to its HS2 rail project as a public spending watchdog said that the benefits were dwindling. Evening Standard

Southern Railway said the 16 hours of delays faced by passengers after a man was hit by a train at East Croydon station could not have been avoided. Local Guardian

Southeastern has made timetable changes to deal with the issue of leaves on the line. Company website

HS2: the commuter point of view. Shorter journey times and reasonable expectation of seats for everyone – so why aren’t all commuters convinced? The Guardian

TfL has raised £300 million in fresh debt funding by selling bonds due for repayment in 2033. Reuters

Photos from inside an abandoned tube tunnel. IanVisits

More than 20 Labour MPs representing Londoners have signed a motion in the House of Commons condemning public transport fares in the capital as the ‘most expensive in the world’. London24

The image above is from: The tube train that travels through time and space