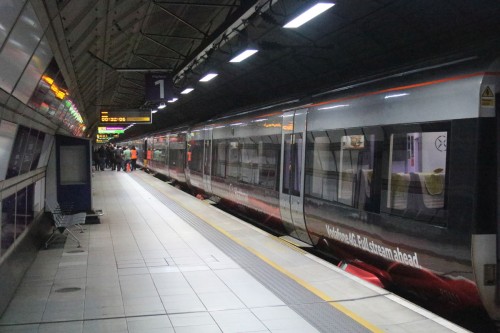 Friday’s 24-hour Tube strike has been called off, but further industrial action remains in place, including a walkout during this year’s London Marathon. TheWeek

Celebrities are joining a campaign against Crossrail 2 as the new tunnels could make their basement extensions uninhabitable. LDC

Lewisham rail passengers are demanding action on overcrowded and late-running commuter trains into the heart of the city. EastLondonLine

Commuters forking out £9,000 a year for season tickets have been left furious after discovering their reserved seat is in a “phantom” train carriage. Standard

A second round of consultations on the preferred option for the Western Rail Link to Heathrow are due to begin on February 23. GetWestLondon

Dodging fares on trains is now “normal” because people have learnt to “play the system”, a watchdog has claimed. Standard

Kew Gardens station is of “international importance” and should not have its ticket office closed, says the Kew Society. Local Guardian

A Tube driver has been jailed for the rape and attempted rape of two women in north-west London in 1994. BBC News

Attracted by the low rent and industrial aesthetics, entrepreneurs are flocking to disused railway arches to start their own ventures. The Guardian

And finally, Iranian President Hassan Rouhani launched plans to electrify a railway line in front of a poster showing a train suspiciously similar to Crossrail. Independent

The image above is from Sept 2014: Passengers evacuated from Heathrow Express train