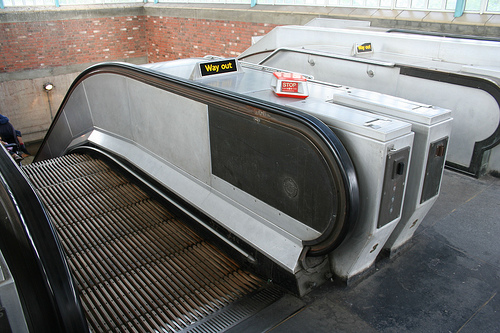 Work at Rayners Lane underground station to begin next this week. Harrow Times

The official consultation on the issue of the Piccadilly line service at Turnham Green has started. ChiswickW4

Strange sightings on the Underground. Londonist

Tunnel vision: Crossrail and the unsung triumph going on under Britain’s feet. Guardian

Passengers with mobility problems protested outside a future Crossrail station to ensure everyone can benefit from the high-speed train. Newham Recorder

Britain’s construction and engineering industries need a more stable pipeline of work if they are to stay “right at the top of their game”, the boss of Crossrail has warned.. Telegraph

Engineers were this week preparing to start tunnelling beneath the River Thames for the first time on London’s £14.5bn Crossrail scheme. NCE

The chief executive of the company implementing the HS2 railway project has said she believes Labour is still strongly supportive of the scheme. BBC News

It would be an act of national self-mutilation for Labour to cancel HS2. New Statesman

A leading business lobby group has called on the government to abandon its controversial high-speed rail project. BBC News but KPMG disgrees, as does a Blackpool MP.

Around 400 people made an emergency exit from a Southeastern train near Hither Green when smoke started billowing out from underneath a carriage. Evening Standard

Commuter trains are getting a clean-up in east London with a new washing system which buffs up exterior paintwork. Newham Recorder

A man who assaulted a member of DLR staff when asked for his ticket has been handed a suspended prison sentence, fined £2,120 and ordered to carry out 200 hours unpaid work. Press Release

A senior Conservative today warned Londoners faced more strikes on the transport network after it emerged a “mega-union” was one step closer. Evening Standard

London’s suburbs and commuter towns are suffering from the growing gravitational pull of the inner city. The Economist

Riddle: Why Is a Job Boring So Much Better Than a Boring Job? Wall Street Journal (The video at the top is worth watching)

A Logo for London — a tribute to the Roundel Design Week

The image above is from: The last wooden escalator