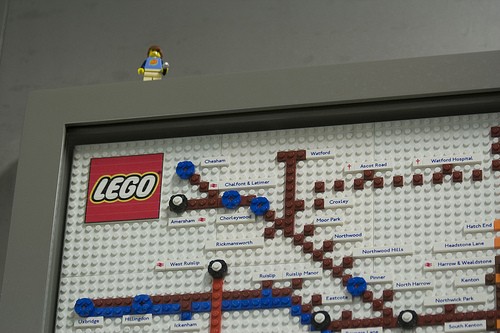 Campaigners have renewed calls for a second Brighton mainline rail route, which they say would reduce “bottlenecks” at East Croydon. Local Guardian

Almost 700 workers on the DLR are to be consulted on whether to take industrial action over changes to working practices. BBC News

A commuter on the Northern line has captured a heart-warming video which proves that Londoners aren’t that miserable after all. HuffPo

And finally, there was a girl on the Central Line with a pet raccoon @joeinnes

The image above is from June 2013: Tube Maps made from Lego go on display in stations