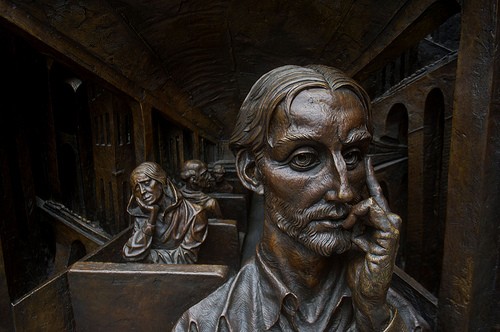 The people who use Cutty Sark DLR station have become the stars of a photo exhibition documenting the life of the city. South London Press

Southampton’s pubs have been given a Tube map overhaul, with a view to making it as easy as possible to find somewhere to enjoy a drink. Daily Echo

A 32-year-old man has been jailed after struggling with a senior police officer on a Tube train at Golders Green station. Ham & High

The image above is from June 2013: A bronze frieze of London’s Underground commuters