Watch the ancient Ceremony of the Constable’s Dues on Friday

The ancient Ceremony of the Constable’s Dues will take place this coming Friday (23rd May), as sailors from the German naval ship, FGS Niedersachsen pay the traditional price for the protection offered by the Tower of London.

The tradition dates back to around the 14th-century when ships had to pay a fee to the Constable of the Tower for the added security that came from landing their cargo next to the Tower.

Today, it is more of a quaint ceremony, and very enjoyable to watch if you are into that sort of thing.

Past offerings have included barrels of rum, or oysters, mussels and cockles; this year, the Tower’s Constable, General the Lord Dannatt, will be presented with a barrel of wine.

The ceremony takes place largely inside the Tower, but there is some of it visible from the outside.

The sailors, and their barrel of wine will march to the Tower at noon, where the gates are ceremonially shut in their face. 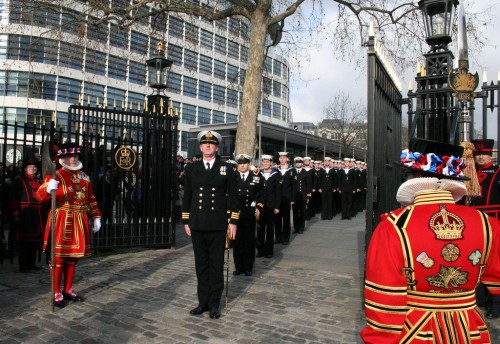 They seek permission to pay their Dues, and the Yeomen then let them in and they march into the Tower, where the presentation ceremony takes place. 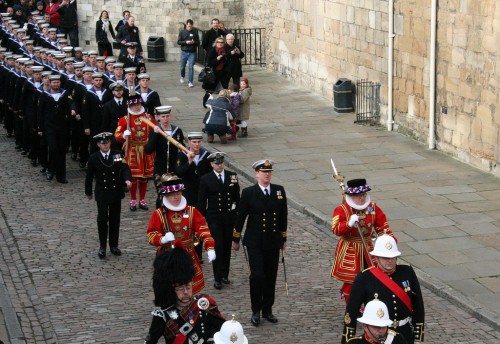 If you’re inside the Tower, you can see the whole thing. 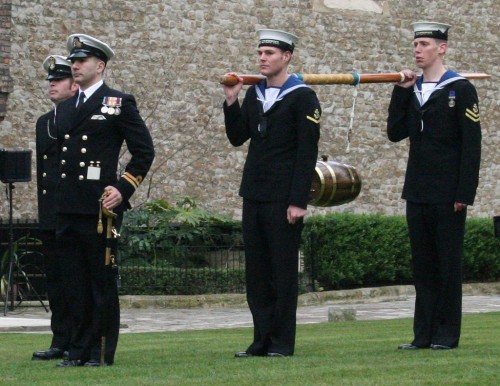 The photos above from the Ceremony that took place in 2012.

In advance of the ceremony, FGS Niedersachsen will salute the Tower with a gun salute on Wednesday 21 May, and the Tower will respond in kind. This is the first gun salute in honour of the Constable’s Dues in forty years.