Tomorrow (Sunday 15th May), as mentioned before, one of the last remaining 1967 era tube trains that have served the Victoria Line will make a farewell tour around the network. 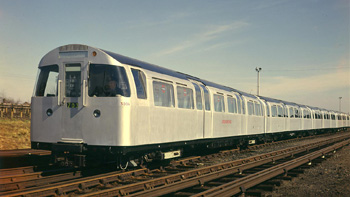 All the seats to be on the train have been sold – but you can stand by to see a Victoria Line train in places they have never been seen before – specifically the Picadillly, Metropolitan and District Lines.

For those of you who want to be out to see this relic invading train tracks it shouldn’t be seen on – below is a GUESS as to the times it will pass various locations.

The times in RED are the only confirmed times – everything else is a GUESS based on the train timetables – so allow a decent amount of time either side if you want to watch/photograph.

Important, if photographing/lingering on the platforms – do not use a camera flash or tripod otherwise you will attract the ire of the station staff.

Twitter users – I will try to broadcast as we pass key stations above ground using the #67tube hashtag.

Back south to Finsbury Park

Cross over to the Piccadilly Line – then run through to Uxbridge Station (arrive 11:56)

Uxbridge Station (depart 1pm) to the siding between Hammersmith & Barons Court on the Picadilly Line.

Barons Court Siding onto the District Line, then to Ealing Broadway via Acton Town.