War! What is it Good for? Exhibitions! That’s What!

Lots of children like to play war games, and when they grow up, like to angst over their own children playing war games.

Such is the theme of a display at the Museum of Childhood that asks in that hang-wringing angst way that this particular museum is particularly skilled at — should children play at war? 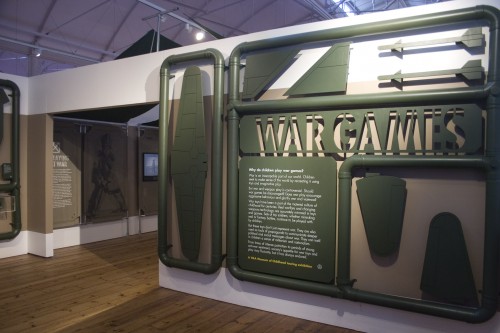 It seems that every generation goes though this debate and never really comes to fact that young boys in particular seem to like running around, shouting and pretending to fight wars with each other.

The debate has moved on a bit in recent years as to whether girls should be excluded from boys games, or if participating, do more than staff the first-aid tent.

What could have been a good exhibition of war games and a history of them is instead every so subtly a collection of questions asking if these games are suitable.

Quite insidious as asking a question often itself drives an underlying motive that aims to raise doubt about views we were comfortable with. Yes, in a theoretically perfect society, the children’s brain would have evolved not to take pleasure from pain.

But, we aren’t there yet, and probably wont be for a few million years — so lets just accept that battle-play is a natural part of being a child. Whether human, ape, or tiger, mock-fighting seems to be an evolutionary requirement.

The question shouldn’t be whether children playing at fighting is bad, but whether it causes problems later on in life. If we look around, we can find examples of people who it might have been better had they been discouraged as children from fighting — but the vast majority of us grow out of it.

Or more accurately, redirect the energies into fervent battles on the football ground — and what is football to most dedicated fans than war? The enemy is to be crushed at all costs! 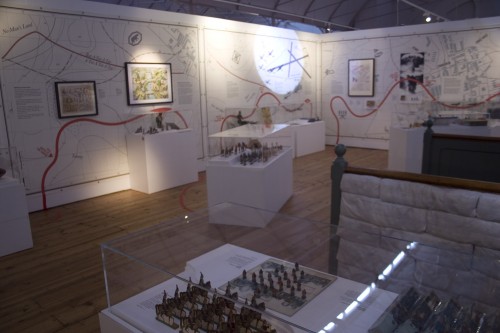 Is chess a war game? There are some chess boards on display as it is a form of war, fought by generals marshalling their troops. Yet chess is a noble effort, where as the actions of the pawns on the board, when replicated by children is something this exhibition subtly tries to frown upon. 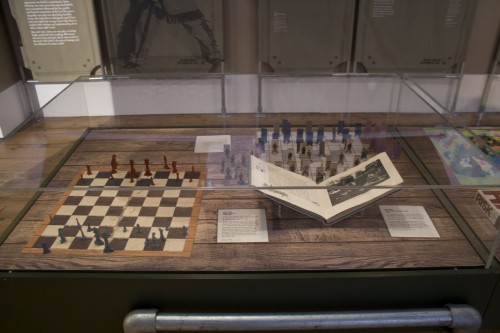 It’s a modest display of objects, although the main room with human warfare is accompanied by the child-friendly and exciting sound of air raid sirens and search lights.

A second area looks at similar concepts, but from a fantasy perspective. Daleks and He Man. 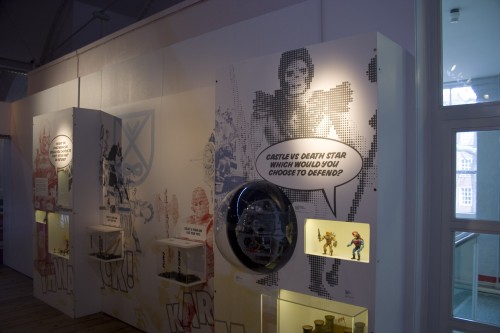 The exhibition is free, and open every day until 9th March.

On a totally different note — as I was wandering around the museum near a display of old computers, I overheard a mum explaining to a daughter how they used to load games into the computer with audio tapes. A concept she seemed to find utterly baffling.