In a single building near Wandsworth High St sits two museums. If you go in and turn to the right, you’ll walk into the De Morgan gallery, but if you turn left, you’ll find yourself in a local museum dedicated to the history of the area.

Normally £4 to go in, it turned out that it was free on the day I visited – which is just as well as the desk was untended when I arrived and wandered in, but also a shame as I was the only person there during my visit, while the adjacent cafe was also half empty – and this was lunchtime.

As I had made the trip to visit the other museum, I wasn’t too worried that my visit to this museum would be limited to just one of the two rooms, as the temporary exhibition space had several “do not pass” signs by the door.

The museum itself is moderately new, as the old version closed in 2007 following spending cuts, but then local residents Michael and Dorothy Hintze pledged £2m to refurbish and modernise the museum and it opened in late 2010. 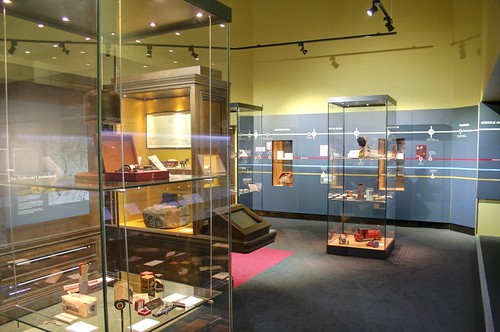 When it reopened, the blurb boasted of 10,000 artefacts, and I can only presume that 9,900 of them are locked away in the archive as the museum, while fine is rather small. It’s redeeming feature though are the glass cases with local relics and small signs showing what they reflected. 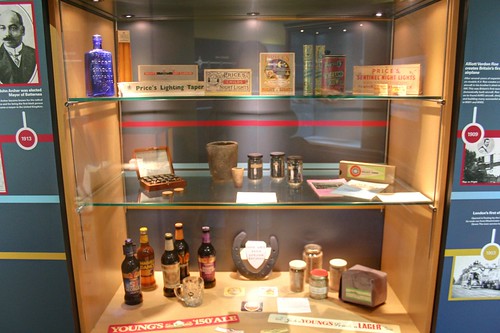 Good snippets of local history that are more there to show off a relic, than offer a detailed history of the event – but probably does a good job of triggering further research by the visitors when they get home, even if just to look it up on Wikipedia.

The Mayor of Garrett was certainly new to me as an English Custom, and Wikipedia filled in some more background.

A map of the Surrey Iron Railway would have been easier to look at had it not been stuck at the back of a glass case. Built in 1801 it was a horse-drawn railway that ran from Wandsworth to Croydon. Not a success, it closed a couple of decades later, only to reopen as a proper railway shortly afterwards. Today, part of the original track layout is still in use – for the Croydon tramlink.

For me, the best and most significant display is beside the main entrance though, a small display of the personal possessions belonging to Harry Allen, one of the UK’s last executioners. He was chief executioner at 29 executions and acted as assistant executioner at 53 others, and you can just imagine him arriving at prisons carrying the familiar leather bag shown in the display case.

The other room with the “do not enter” signs will be open to enter from this weekend – with a display of local photographs.

Unsurprisingly, Diamond Geezer has already been there – twice.

I also visited the De Morgan museum – more about that tomorrow.