Walk over one of London’s highest bridges

Published 3 August 2015 by By Ian Mansfield Events and Tours

One of London’s highest and most dramatic bridges is not one you are likely to stumble upon, being sited in a quiet spot of docklands. 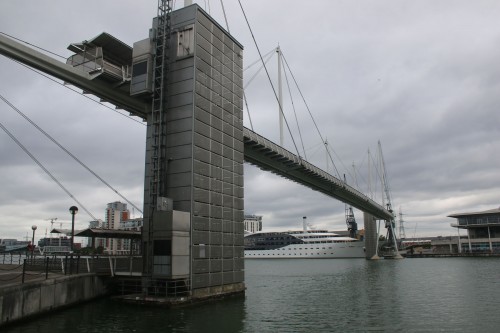 Built in 1995-8, the Royal Victoria Dock bridge links the Excel exhibition centre to the southern side of the docks, providing a useful route to the Custom House DLR station.

Today it is showing its age but is due to get a major makeover when the Millennium Mills redevelopment takes place, as it is a key part of linking that development to the future Crossrail station at Custom House.

At the moment, there is a lift to the upper deck, but only the bravest of souls would risk that — preferring to take the somewhat graffiti stained staircase instead. 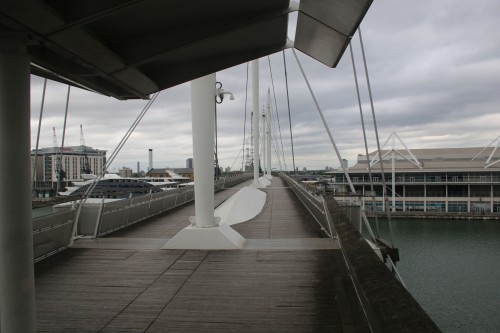 However, the view from the top is worth the effort. At times alarmingly excitingly windy, the wide flat wooden walkway has huge inserts for the inverted trusses that support it.

Wide, open views towards the city airport, or to Canary Wharf the other way. 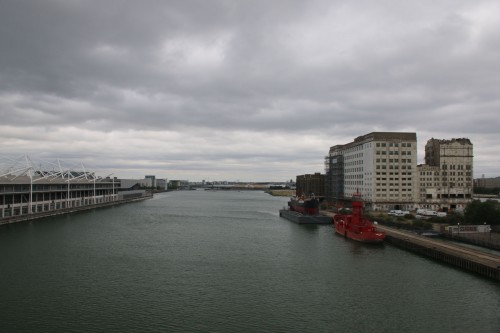 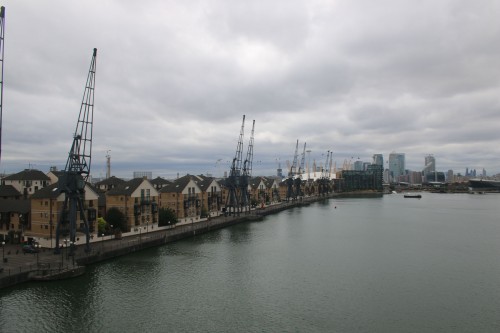 On my later afternoon trip, just two other people used the bridge, although a romantic couple also loitered at the base.

Officially, the bridge is unfinished, as it was supposed to have a glass passenger cabin running back and forth on a rail fixed to the underside of the deck. Unnecessary for such a short journey, it would have certainly put the bridge on the map long before small glass cabins started flying over the Thames just down the road. 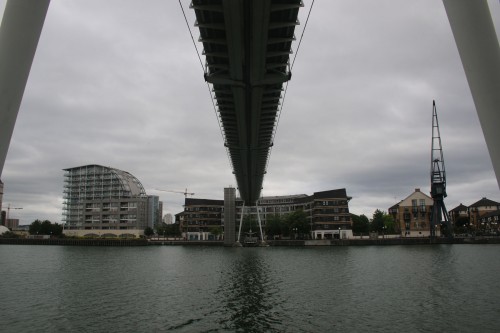 Sadly, such are times we live in, the bridge is private property — more because that lets them close it to the public when controversial events take place at the exhibition centre. 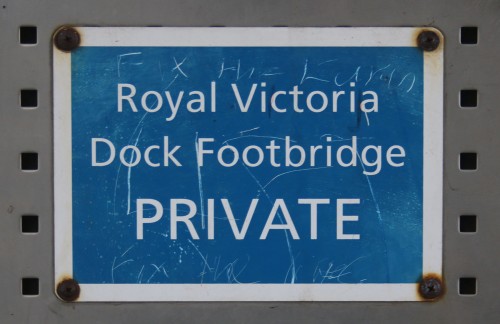