A rather boring office block in the City of London conceals a historic marvel in its basement – a very important Roman Bath House. Rarely open to the public, today was a chance to get down and see the remains of what is one of the first scheduled monuments in England. 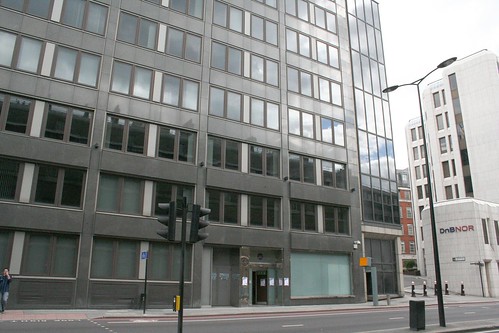 The Bath House and associated townhouse would have been by the riverside – as it was in those times – and the layout is unusual with the bathhouse in the centre courtyard with the main building around it. It was possibly an inn or praetorium for traders and visitors to Londinium. 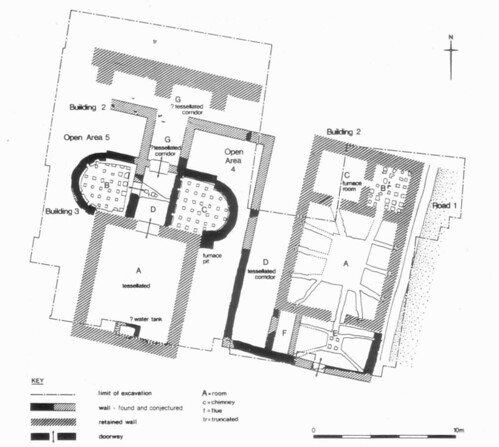 Squatters and other occupants are thought to have lived in the building for some decades after the Romans left England, and around 450AD, it is presumed that a Saxon woman dropped a broach by the ruins, which is the youngest artefact found on the site. As the building fell into ruin, it was covered by soil eroding off the hill behind and it vanished for 1400 years.

The Billingsgate Roman bathhouse was re-discovered in 1848, during the construction of the Coal Exchange, but not excavated properly until 1968-9, when the road was widened and the current office block built on the site.

Since then it has sat there, largely forgotten and rarely opened to the public. Until today.

Going in via the back-door entrance, and signing in, it’s down a breeze block staircase to the lower floor basement. The ruins themselves are one floor further down, and there is a concrete floor to look down from, along with some scaffolding that juts out to one side for a closer look. 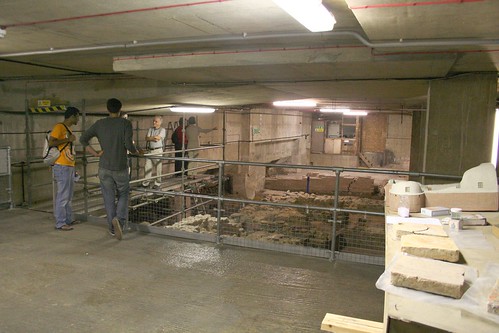 Some staff were on hand to explain the layout – and point out where the fire that heated the water for the bathhouse would have been and how the hypocaust worked. The sand in the remains was coloured black for “indoor” and sandy coloured for the outside areas. 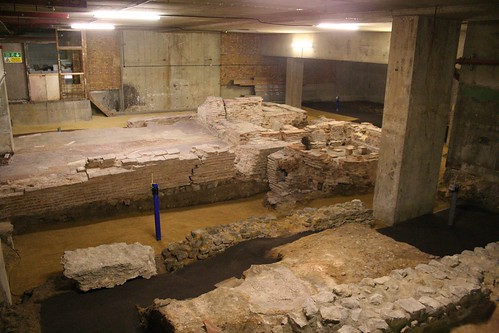 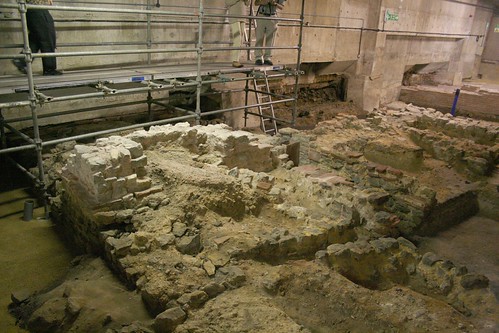 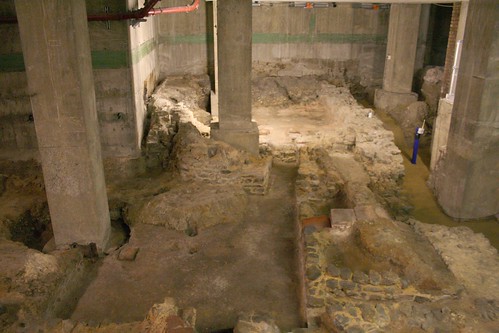 Sadly, water ingress into the basement is undermining the remains, and they are listed on English Heritage’s Register of Buildings at Risk, but conservation work is fortunately underway now. The 1970s office block above is itself also threatened with demolition, and it is suspected that the future owners will be asked to do something to make the remains more accessible to the public.

Certainly, its proximity to attractions such as the Tower of London and Monument make the venue a viable bolt-on for tourists in the area and should make it economic to open up if/when the new office above is built.

In the meantime, they hope to open the remains again this year, during London Open House Weekend in September. The team carrying out the conservation work has also set up a blog about the site – available here. You can also read more in this British Archaeological News article (pdf file).

It’s one of the larger Roman Ruins in London in-situ, but another smaller one which is opened roughly on a monthly basis is the Roman Gate House under the main road by the Museum of London. 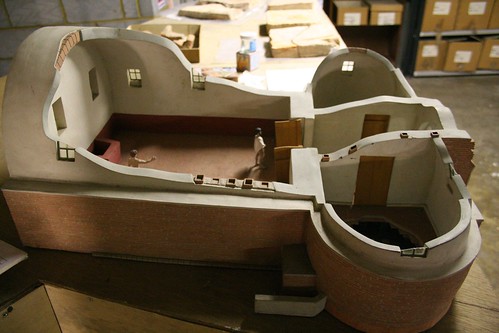