Visiting the Museum of the Order of St John

Published 12 February 2012 by By Ian Mansfield Events and Tours

Just round the corner from Farringdon Tube Station lies a small building that to all intents looks like a castle gatehouse, but actually houses a chapel and museum dedicated to the history of the Order of St John – and a little bit to the modern St Johns’ Ambulance. 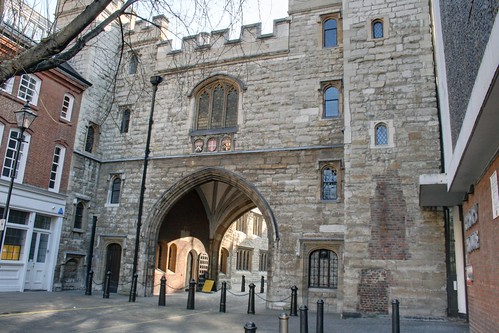 The museum within was refurbished just over a year ago, and is laid out as a very modern structure within the grounds of the building. Unfortunately, it turned out that the upper floors with the ancient rooms are only viewable by tours, which I missed. Which is a pity as old rooms are a bit of a passion of mine.

Asking the chap if I could take photos in the museum elicited a lengthy ummm, then a no – which suggests I might have got away with it had I not asked.

A timeline of the Order of St John is the introduction to the museum, but I darted around a corner – which I wouldn’t have gone into had it not been pointed out to me, for around here lies the bit of the display I was most interested in.

The St John Ambulance indirectly traces its heritage to a revival of the original Order of St John and was founded in the UK in 1877, although it is now a worldwide organisation.

I joined St Johns when a member gave a talk during school assembly, and admittedly because the classroom bully was joining. I thought it would be a good insurance policy, but ended up staying for nearly a decade, and far longer than the bully lasted.

At the time it was a mildly-military organisation with drills and marches – but mainly first aid training every Thursday evening and then we would go out on “duty” with the adults to provide first aid cover at public events. Being based in Windsor, that meant a lot of horse events, which suited me perfectly (and lead to my interest in Polo) as well as the occasional day off school for State Occasions.

If you managed to collect 200 hours of duty you got a small badge to sew onto your uniform, and it took a few years, but I managed it eventually.

At the time, the uniform we wore was described in the display case as from 1955 – although I was wearing it in the 1980s. The black uniform with beret and satchel is somewhat different from the green paramedic style uniform I see volunteers wearing today.

I prefer the one I wore – it just looks much neater, formal and stood out from the other volunteer organisations – especially the Scouts who had a building next to ours and we had a friendly rivalry with.

Anyway, the main room in the museum is given over to the much older Order of St John, which were contemporaries of the much more famous Knights Templar. Sadly for the Knights, when they were shut-down, the Order of St John got their cash and properties.

Over time, they were driven out of the Holy Lands, and took over the island of Malta until driven out by Napoleon in 1798. Their final defeat being in no small part due to the arrogance that comes with wealth and how they relaxed their military training.

The museum details the history of the Order with display cases and times-lines running around the room from 1099 to the final defeat as a military order. A large case in the centre has a few more artefacts, including a travel guide with drawings of animals seen by the author.

Not sure where he saw a unicorn or a cynocephalus though. Travel guides seemed to be rather unreliable at the time, so no changes there.

There is a little bit of space devoted to the building’s other use for a while – that is the publishing house for The Gentleman’s Magazine, and the building featured on the front page of the periodical. 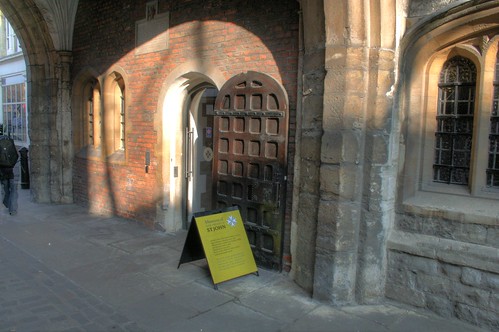 It is free to visit, although the tours are £5.

I’ll probably have to return for the guided tour, just to be able to see the other rooms, as the photos on their website look alluring. 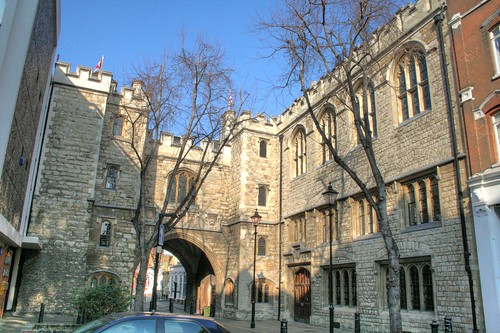 NEWSLETTER
Tagged with: Museum of the Order of St John