When the Romans first started to settle in London (Londinium), a garrison fort was built to the North West of the town. Built with stone walls, it is thought to have had four gates and a barracks for around 1,000 soldiers.

However, the western gate was lost to history for some reason, and wasn’t rediscovered until the 1950s.

It was to see the remains of this gate that had me wandering over the Museum of London for one of their occasional tours of the site.

Next to the museum – as I am sure you know – are some remains of the London Wall, although most of what you see is actually medieval and Victorian repairs to the wall. King Henry II add the towers and the Victorians used the wall as a “free” fourth wall for warehouses to cut down on building costs.

What we were to see though is totally Roman.

Going down the ramp that runs next to the wall – and avoiding the taxi driving the wrong way down a one-way street, there is a rather nondescript alley under the road leading to the car park, where you might notice a locked door marked private. 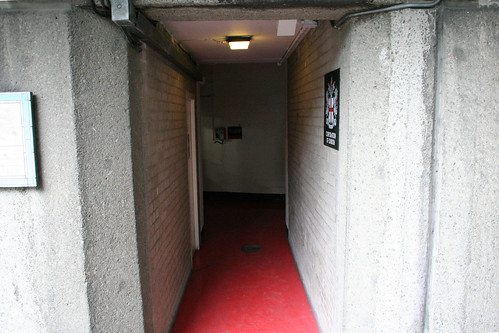 In here lies the remains of the Western gatehouse.

A rather musty smell inside adds to the atmosphere, but is due to the rainwater drains in the road above leaking into the room, and is nothing to do with the ruins themselves.

What has been excavated is part of the wall, the gatehouse and the remains of part of the arches that marked the entrance to the fort itself. 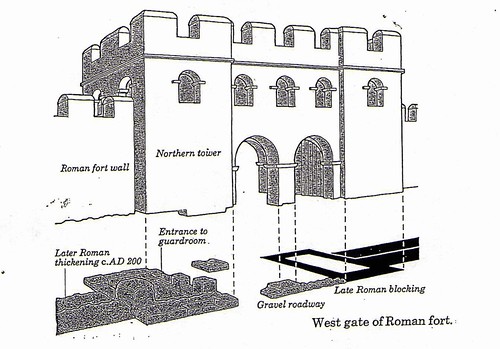 The gatehouse had two arches – presumably one side for inbound traffic and the other for outbound – but for some reason, one of the arches was blocked off at some point very early in its history. It is possible that the blocking of the gate is part of the reason why it never became one of the city’s major gates – Ludgate, Newgate, Aldersgate, Cripplegate, Moorgate, Bishopsgate, and Aldgate, although no one is really sure about this. 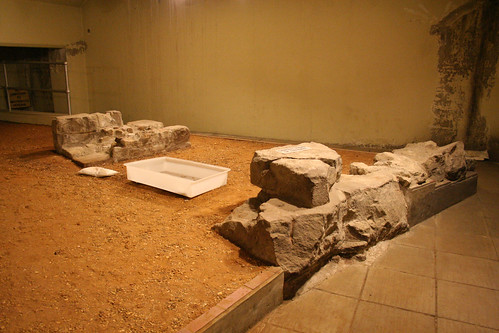 We were also shown the post hole which would have held the upright pole that hinged the main gates as well as the flat runner for the portcullis. 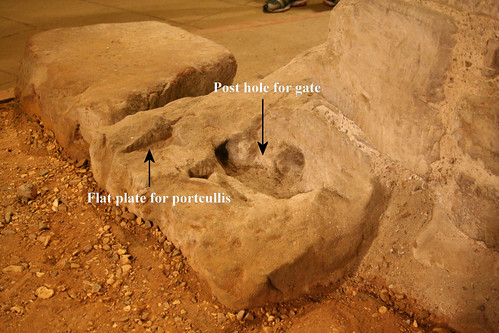 Also noticeable is the entry stone for the gatehouse, which has been worn down by people walking over it. The two groves are probably from two bolts that went down into a hole in the stone to lock the doors. Over time, the bolts carved out a groove in the stone. 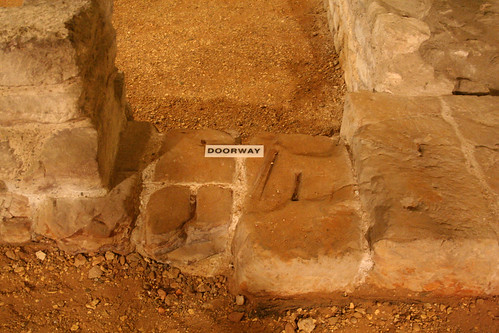 Although the fort was made of stone walls, it was not a castle-grade fortification as the walls were quite thin. Romans preferred to fight in the fields rather than engage in sieges. However, when the London Wall was later built, it was much thicker, and you can see the gap between the fort wall (left) and the substantial works added to strengthen the wall (right). 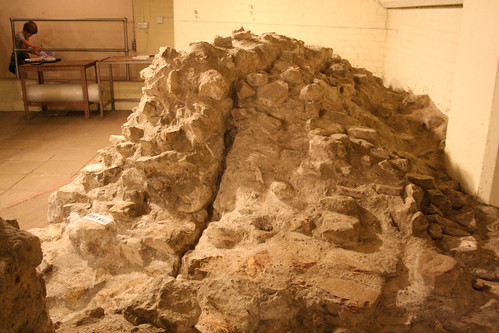 Apart from this small room with old stones, there isn’t a lot to see, but it is still one of the more important Roman remains in situ within the City and worth spending half an hour visiting.

The visit also means I can tick off one more item from my list of Subterranean London places I want to visit.

The next tours are Sept 15th; Oct 19th; Nov 18th and Dec 15th. Tours are free and limited to 20 people. Collect a ticket from the main desk inside the museum about 10 minutes before the tour starts. Tours are at 2:30pm and 3:30pm. 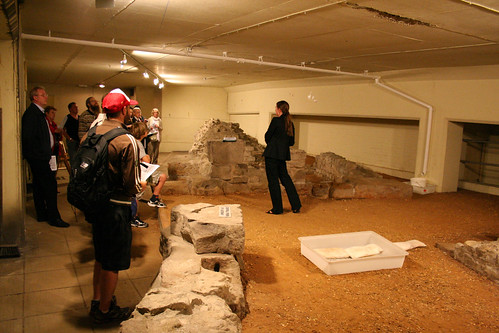 I’ve also rather cheekily scanned in a sheet they handed out as I think it is rather good: 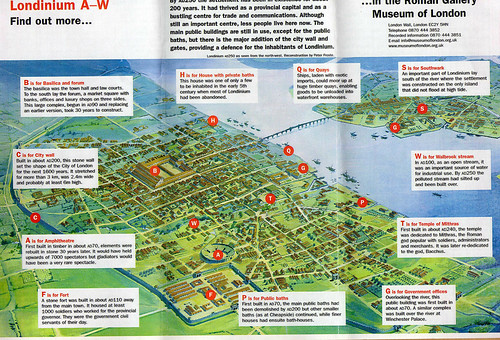 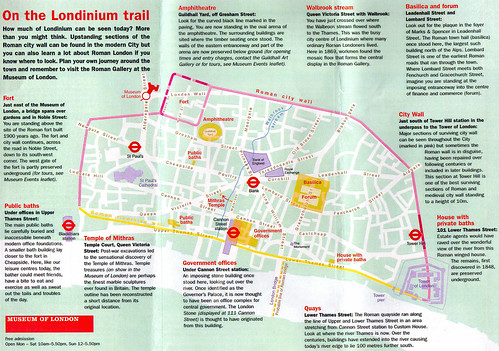 The part of the fort we went to see is the dark red line that runs right under the modern London Wall road.