Dotted around the country are 25 sub-surface bunkers that were designed to monitor the fallout from a possible nuclear attack and today I wandered down to Maidstone to visit the bunker that “controlled” the South-East of England, including a bit of SE London.

For the record – the HQ in Horsham covered most of the South of London. North West London was covered by Bedford and East London by Colchester.

Unlike the bunkers built during the second world war which were used by the military as command centres for fighting the war, the cold-war era bunkers were simply to observe and report. Their function was to help pick up the pieces in the aftermath of an all out nuclear strike by the Soviet Union.

In addition to the 25 Group Headquarters bunkers, there were 1,563 smaller bunkers dotted around the country – each barely large enough to house three people.

In the event of a nuclear attack, the small bunkers would be manned by volunteers and monitor radiation fallout levels then pass that to the Group Headquarters. They in turn, mapped the data and made it available to whatever was left of the civilian government to help direct emergency help, or know what areas were to be written off as unsalvageable.

Most of the Group Headquarter buildings are pretty much identical, although some local variations do happen. There would be an above ground entrance building – painted white to help refract the heat from a nearby nuclear blast. The above ground bit also contained the air inlet filters for the bunker below.

Then there is a main floor which would be part submerged, and part covered in a soil bank around and above it – and there would be a second lower floor which is smaller and limited to the main command room areas, but also contained the main telex machines.

The Maidstone bunker is in fact the second bunker I have visited – having been to the bunker in York a few years ago just after it had been restored to its mid-1980s state. The bunker in Maidstone has not been so lovingly treated.

Commissioned in 1961, in the grounds of an older building that had been acting as the above ground headquarters for the Royal Observer Corps during WW2, the bunker was decommissioned in 1991 when the Cold War ended. The building and grounds were sold to a firm of solicitors, who it seems were at a bit of a loss of what to do with the bunker and, as is often the case with underground structures, they used it to store old documents.

Modern fire safety regulations means the bunker can’t be used as storage without significant expenditure on fire safety systems and it is being progressively cleared out. The visit today – organised by Sub Brit – got to see the bunker in its half-cleared state. Volunteers will remove the last of the storage over the next few months, then some serious head-scratching will take place to work out what to do with the bunker and if it can be restored as the York bunker has been. 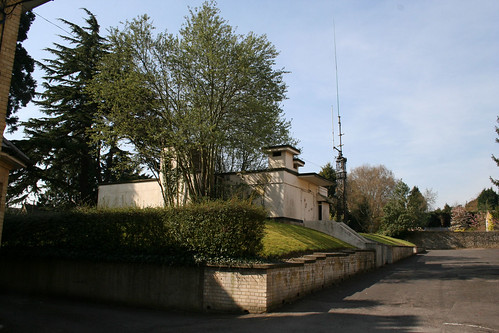 The above ground entrance 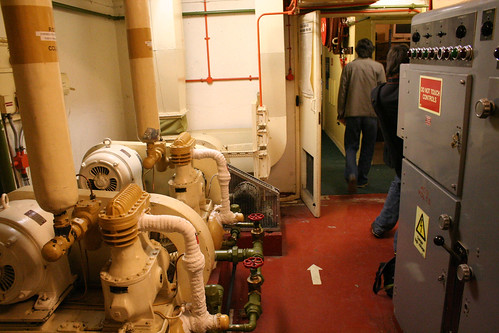 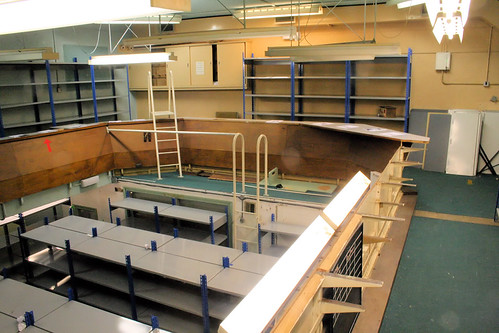 The main room where all the work took place 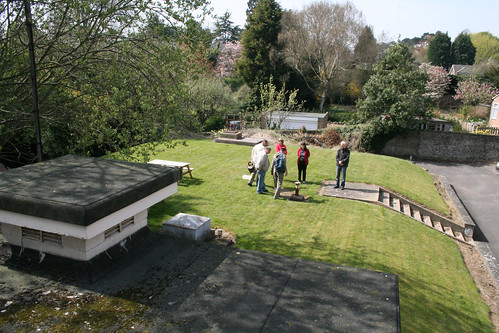 Looking down on the “roof” of the bunker 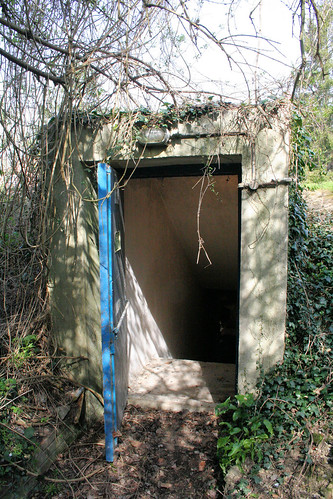 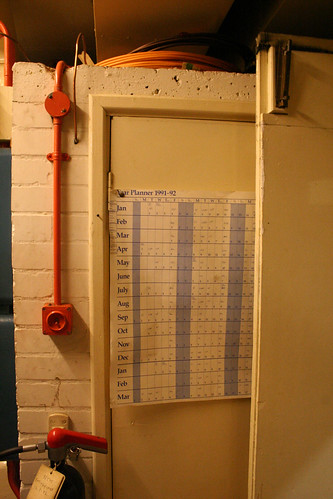 The last calendar for the bunker – from 1991

Visiting the Maidstone HQ is possible by special arrangement. Visits to the York bunker used to be by appointment, but they now open the facility every weekend and you can just turn up for a tour.

Older photos from my previous visit to the restored 20 Group ROC HQ in York.

Battle of Britain Bunker in Uxbridge