Sitting not far from central London can be found the ruins of a large Abbey, which if it were almost anywhere else would be a major tourist attraction.

But the large ruins of Lesnes Abbey are in Abbey Wood, South-East London, which has almost nothing else to offer, nor really all that much around it either, so unless you are minded to make a special pilgrimage, this site of religious history goes unvisited.

It should get a lot more attention, as it’s less than 25 minutes from London Bridge station, and when the Elizabeth line opens it’ll be just 12 minutes from Canary Wharf. 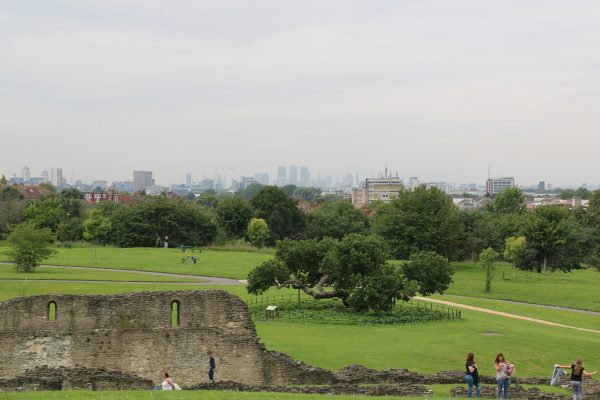 The site is largely managed parkland which has been recently cleaned up, with the ruins and a few small display boards around the area. 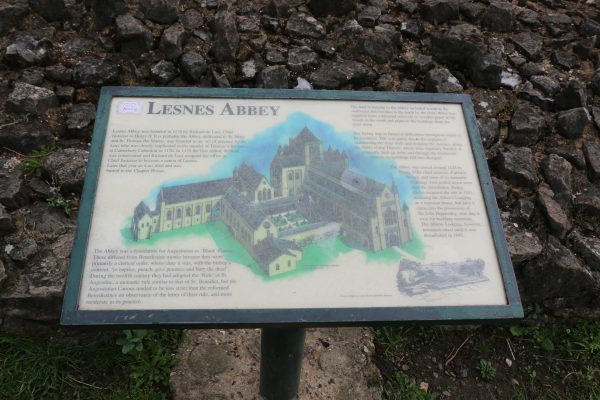 A few children were ignoring the signs not to climb on the walls, which is forbidden mostly to stop heads splitting open when they fall off than for any historic preservation reasons. 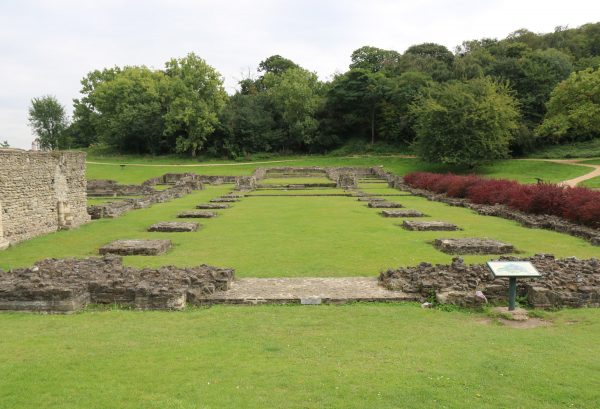 Founded in 1178 by Richard de Luci, possibly in penance for his involvement in the death of Thomas Becket. The abbey managed via the Diocese of Rochester, was large, but never financially successful.

As Abbey’s across the country grew in power and wealth, Lesnes Abbey was stuck with the costs of draining the local marshes and maintaining the river embankments.

Unable to support many Monks, it was one of the victims of Cardinal Wolsey’s decision to close any Abbeys with fewer than 7 inmates in 1525. In 1534 most of the buildings were pulled down during Henry VIII’s dissolution of the Monasteries and the land sold for farming.

In fact, it was still farmland until fairly recently, and only excavated in 1910, and late restored to its current state and opened to the public as part of the local park and woodlands. 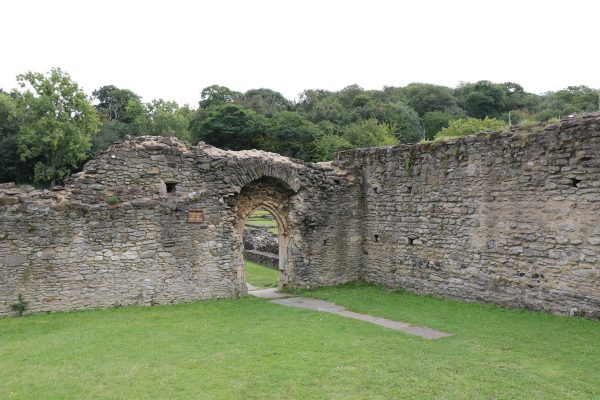 More recently, a small visitor centre opened, with a “hatch in the wall” coffee shop and schoolroom to rent. A refurbished “monks garden” sits on the site of the former farm.

Today it’s a surprisingly quiet site. It really needs more display signs to show what is where and add more context to the history, as that alone might make it more likely to be recommended for a visit.

At the moment, it is a bit of a “lots of stone walls and umm, that’s it”, which is a pity as a ruined Abbey this large should be better known, and more often visited. Even if you are only casually curious, the size of the ruins are worth a visit in their own right. 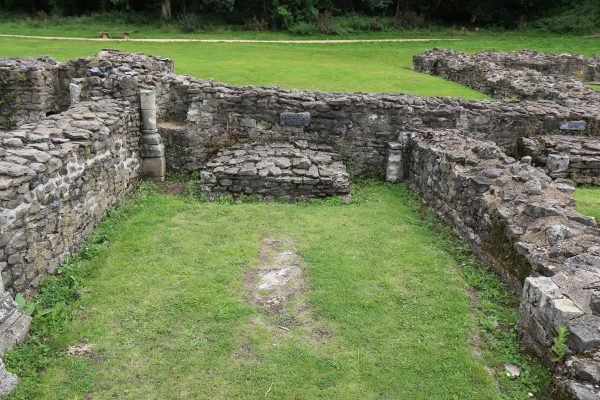 The site is also home to a striking mulberry tree reputed to have been commissioned to be planted by King James I who wanted to set up his own English silk industry. However, silk moth caterpillars feed on the white mulberry whilst the King was sold black mulberry trees – so no silks for him. 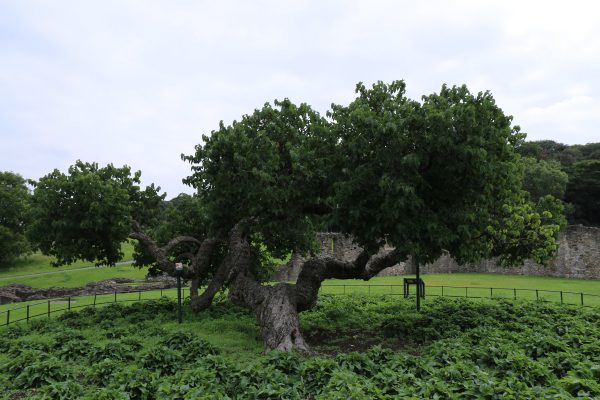 The Abbey grounds are open all the time, while the cafe is open daily 10am-4pm/5pm depending on the time of year. The site is about 5 minutes walk from Abbey Wood station.

Spring is a particularly good time to visit, for the woods are filled with bluebells. 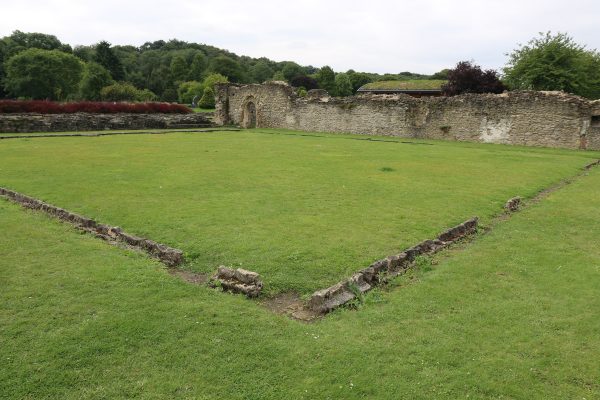 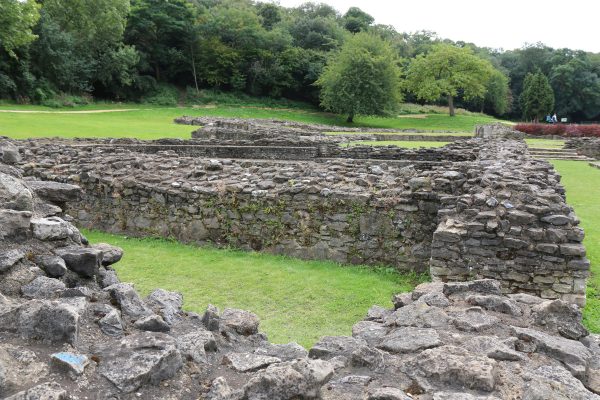 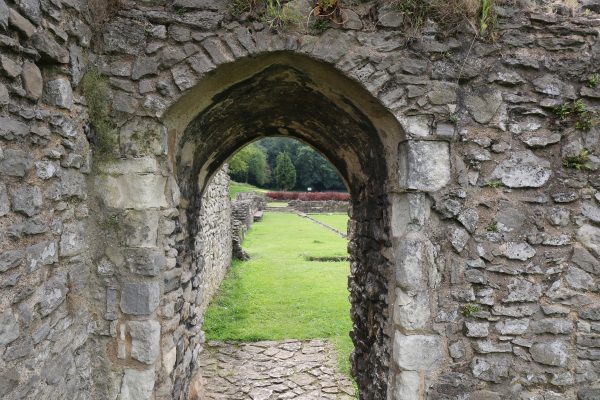 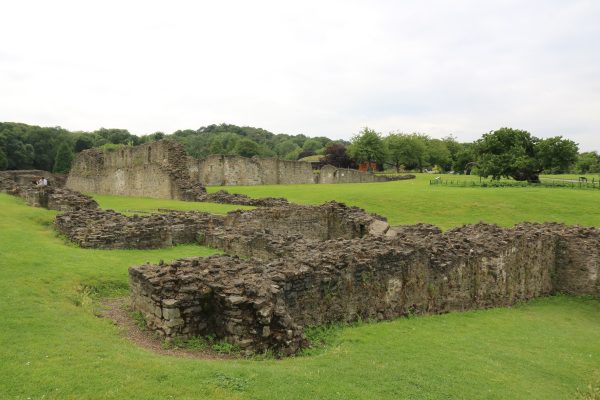