Visit the Museum of Methodism

In 1778, a new chapel opened on the edges of the City of London for the new Christian movement known as the Methodists, and it’s still there, just down the road from Old Street tube station, with a museum in its basement. 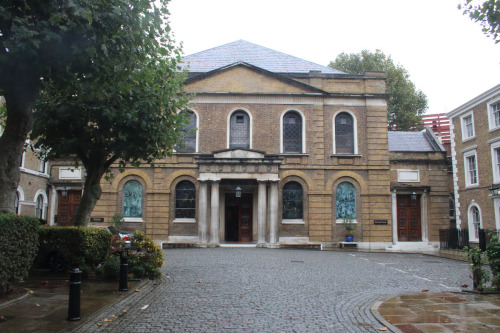 The museum has been recently refurbished, hence what was for me a return visit, the previous one being thwarted by the refurbishment works.

So down in the basement can be found the new museum, dedicated to the history of this austere branch of Christianity, and its founder, John Wesley.

A question to the receptionist about taking photography had to be repeated several times, and eventually I caught her attention, which nearly scared her into an early grave. And yes, photos were permitted. 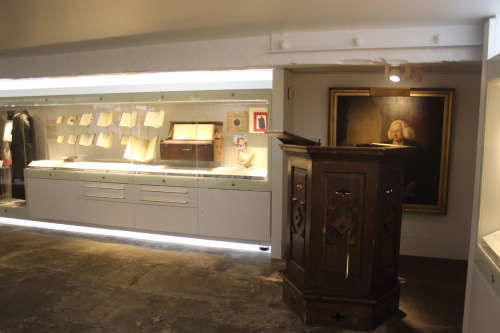 Walking over a flooring made of grave stones, the display is laid out in a small square room, with a video on a loop in the middle, which on my visit was educating four people who sat on the seats rather than the church pews.

One glass cabinet celebrating the construction of dedicated chapels for the Methodists wouldn’t have looked out of place in the Freemason Library down in Covent Garden. 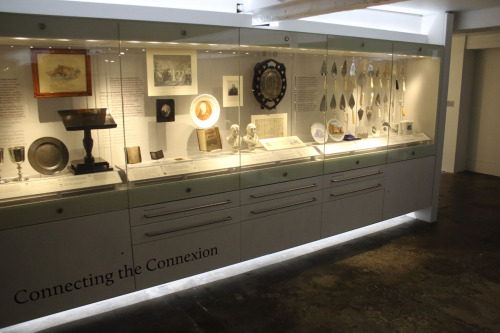 Another wall is still empty, awaiting funds for the museum’s completion. 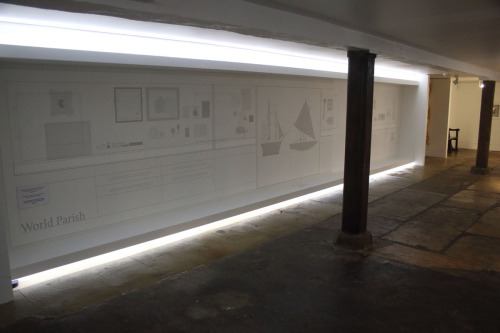 The difficulty for me is that the museum is very austere, and while the artifacts on display are significant for the religion, and there were some boards about the history of the faith — somehow I got the feeling that the lay visitor wasn’t being catered for.

This is a museum for the faithful, not the curious bystander.

That said, anyone with an interest in the history of London will probably enjoy this brief diversion into part of its religious past. 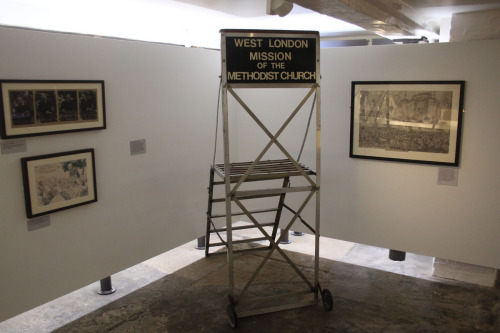 However, upstairs is also the chapel itself, a fine Georgian era church with stained glass windows, and the pulpit firmly stood in front of the altar. 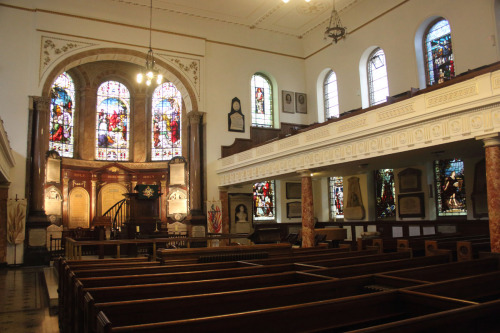 The museum is open Monday to Saturday 10am – 4pm, and entry is free [map link].