Visit a Museum of Nostalgia in an ancient barn

Published 15 April 2017 by By Ian Mansfield Events and Tours

On the edges of London, within earshot of the M25 can be found a most marvellous museum, housed in an ancient barn. It’s a museum less of a specific type of collection, than a massive collection of clutter laid out in some vague order, and is quite simply, delightful.

The barn the museum sits in — mistakenly known as a Tithe Barn — is a huge piece of agricultural architecture, that can date back as far as 1450 – making it over 550 years old. 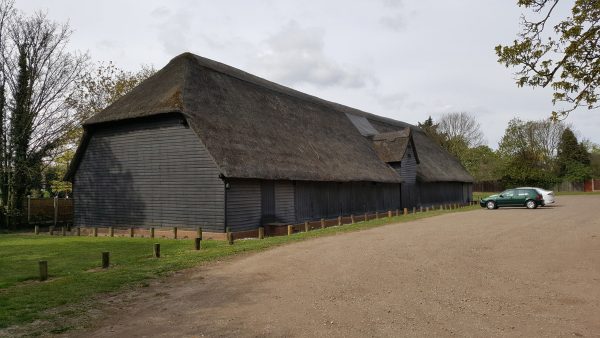 Built for Waltham Abbey, who owned lands in the area, the barn was given to Thomas Cromwell during the dissolution of the monasteries, and then passed through a number of families right up to the 1930s, when it was bought by the local council.

It only ceased being an agricultural barn in the 1960s, and now surrounded by posh homes and a golf course, in 1976 it became a museum.

Initially, devoted to collecting agricultural objects, as that industry was in a constant state of change, a collection was thought wise, but it seems that over the years, it has built up rather less farming equipment than a random selection of old clutter. 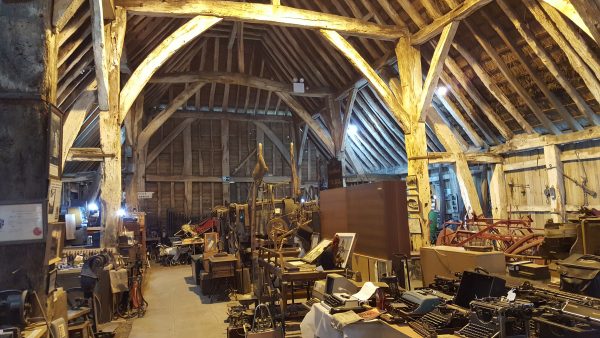 And that’s what makes the museum one less of individual objects than a museum of nostalgia, it’s a place to browse, to wander around, and not to feel overawed by the sanctity of the heritage. No precious objects in protective glass cases laid out in austere rooms. This is a gigantic attic, with cobwebs and dust and memories. 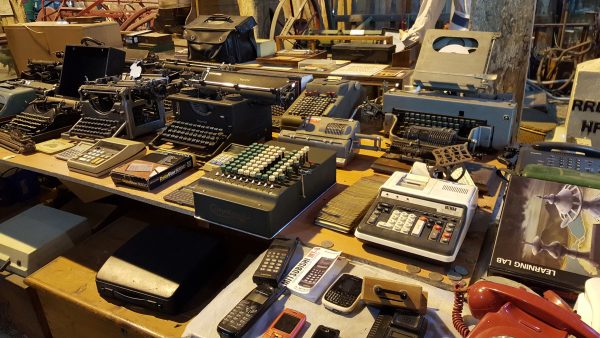 Over here a collection of typewriters, over there some old wood working tools, here’s some old televisions, there’s a gramophone, some old street signs, and dotted around in places, farming implements. Railway geeks might spot a huge railway sign from when Emerson Park station was a Halt instead of a station. Now it’s a lonely outpost on a spur of the London Overground. More road signs, old photos, faded documents. 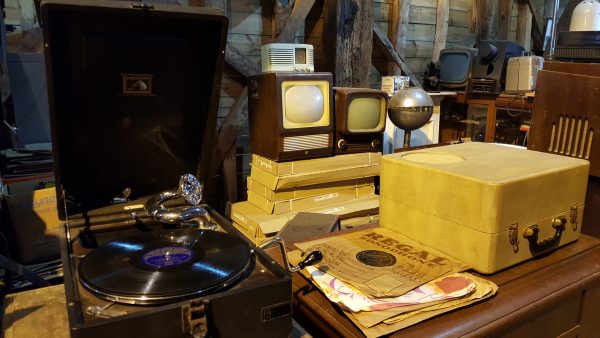 Spiders leaving their mark, dust falling from the thatched roof, dust on the collection of vacuum cleaners, dust on the papers. 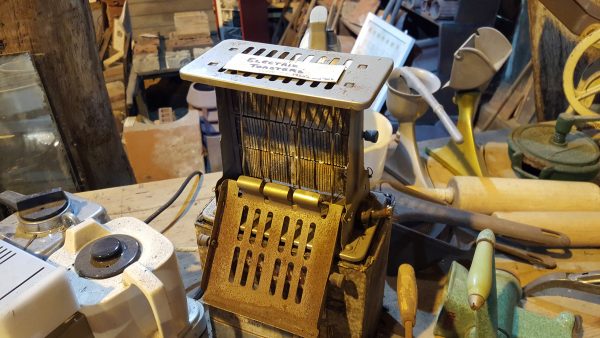 Visit the barn, admire the wooden beams, browse the collection, point at things that look outlandish, or vaguely familiar.

Some museums are visited to see interesting things, to be enlightened and you leave feeling fulfilled. This museum leaves you with a smile on the face. A smile of times past and memories maybe just within reach.

The Upminster Tithe Barn Museum of Nostalgia is a short walk from Upminster tube station, free to visit and open on occasional weekends from 10:30am to 4pm. 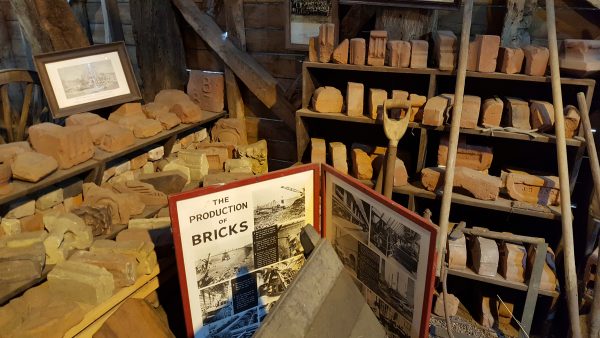 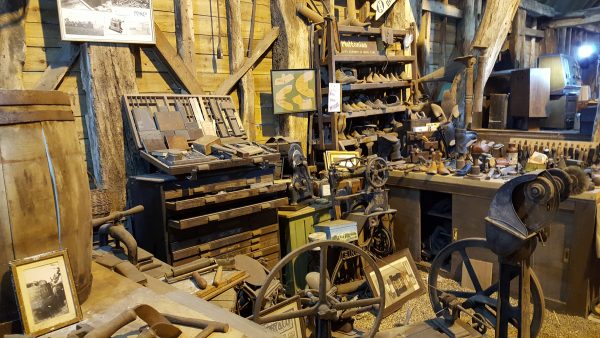 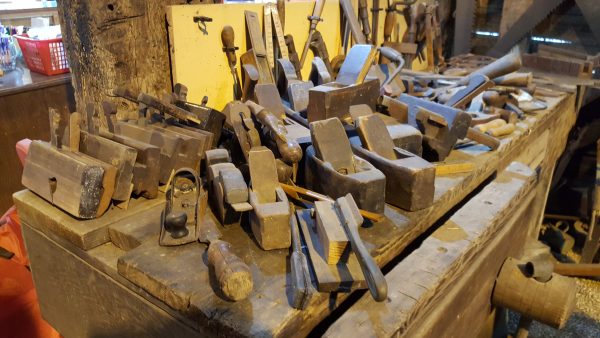 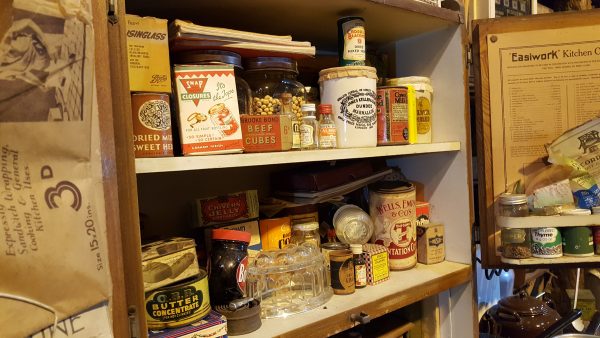 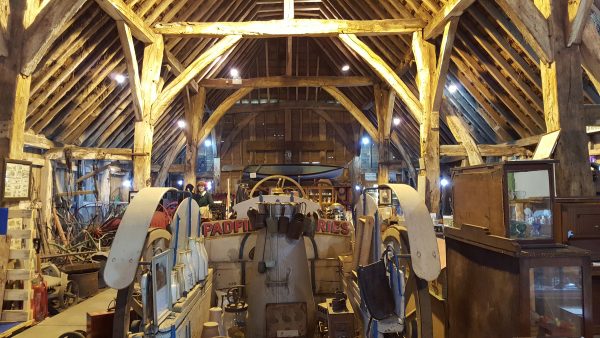