Before the new Elizabeth line opens to the public, there are a series of virtual tours being offered by the London Transport Museum, focusing on two of the new central London stations. During the online tours, the LT Museum’s guides will take you on first-person view virtual tours exploring the process of building the two stations, from the archaeology, design and artwork through to their operation.

The virtual tours of Liverpool Street station take place on 2nd and 3rd May.

Get a behind-the-scenes look at London’s brand-new Elizabeth line by diving into the ingenious engineering and stunning architecture of Liverpool Street. The station itself is situated between the existing Liverpool Street and Moorgate stations, and was carefully mined between the two stations through a warren of existing railway tunnels, coming as close as 0.5m to the Post Office Railway. 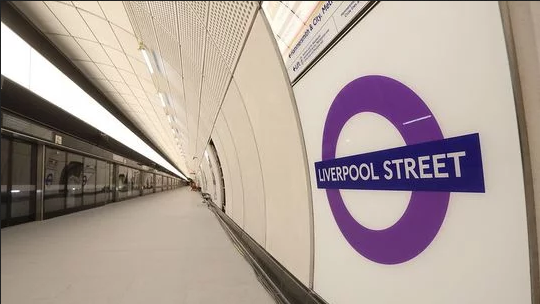 The virtual tours of Tottenham Court Road station take place on 10th and 11th May.

Tottenham Court Road will soon be one of London’s busiest stations, as an interchange between the Northern, Central and Elizabeth line services. Located on London’s famous Oxford Street, on the edge of the West End, the station’s design was influenced by its local environment. The new station was built underneath the current Underground station, through other railway tunnels and subterranean utilities. 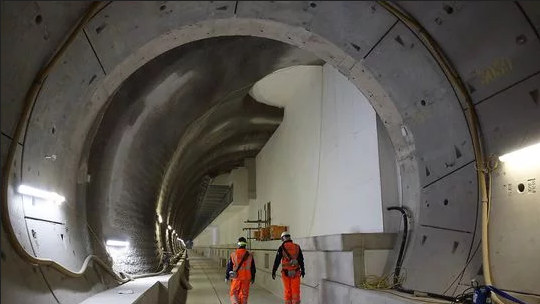 Both tours cost £20 per computer used.

Tickets can be booked from here.

As the tours are billed by the LT Museum as a chance to see the stations before they open to the public, there’s an implied assumption then that the Elizabeth line will not open to passengers before 12th May.

In addition to the virtual tours of the Elizabeth line, there are in-person tours of the disused parts of Aldwych, Charing Cross, Piccadilly Circus, Moorgate, Down Street, Kingsway, and Euston.